It is every man’s desire to live in harmony with oneself and environment. Modern times set in front of us all the growing physical and mental demands in all areas of life, which is why more and more people suffer from physical and mental disorders such as unilateral physical burden, consequences of insufficient physical activity, stress, nervousness, insomnia and depression …

That is why today, methods and techniques for improving health and physical and mental harmony are of great importance, and this is most easily achieved by yoga. It helps connect energy, and it also helps to preserve health of the human body and merge body, mind, and spirit into one whole.

Edina Atić, a yoga instructor from Tuzla, began practicing yoga in teenage days. She says that she was interested in something more than material world, or in those things people see and what is obvious.

A class in London

-Yoga is a way of life, because when you enter a bit deeper into this philosophy then some things from life are lost and some others come – she says.

She says she started practicing yoga by accident when she read several books.

– I was practicing alone, and then my sister from London came and showed me some exercises. Later, I went with her to some classes in London and then I wanted to be an instructor. That time in London changed my perspective of yoga – she says.

When she began to deal with yoga, it was a taboo in BiH. There were no studies, workshops or teachers. Then came an organization that brought teachers from Croatia and made a workshop. She decided to attend and then went to workshops in Germany, India …

She says that in Tuzla, but also in BiH generally, there is a growing interest in yoga, although they have often been considered a kind of sect before. She points out that there is a trend of a healthy lifestyle in the world is generally, because people are increasingly burdened with everyday life.

– Today, everything is available online and people are acquainted with many things, including yoga. Besides, not everyone who starts practicing yoga will accept it immediately. Sometimes it takes a few classes for people to get acquainted with yoga. The most important thing is that we feel good, and people often come because they want to eliminate back pain, stress, anger … After the first time they feel great and all their problems remain in the second place – she says.

Her colleague, Ada Vuk, has been practicing yoga for more than six years, and in the studio “Fly Yoga Studio” in Sarajevo leads Vinyasa yoga. She spent most of her life dancing, and after she stopped doing that, she needed some activity, so she replaced dance with yoga.

– I’ve been interested in it for a long time. Even my mom practiced yoga in her younger days and I have been in touch with yoga in a way. My first yoga experience was in the Prana Yoga studio – she emphasized.

Ada is not yet a yoga teacher, but is preparing for certification. She added that there is another advantage of yoga, which is a healing.

– The area of ​​BiH and the Balkans has been much traumatized through history. No matter how much we are neglecting it, negative energy is transmitted through our genetic code. Not long ago, we had a war and people were traumatized. When we experience trauma or injury, we usually close off. Yoga helps heal in every way – she says.

As she says, an important aspect of yoga is meditation. She points out that meditation does not involve just sitting with crossed legs.

-Meditation is every form of mind cleansing. Someone finds it in painting, someone in planting flowers, reading … – emphasizes Ada.

Since practicing yoga is a philosophy that requires certain norms of behavior and adaptation, including vegetarianism, we asked them if it is difficult to practice this type of diet. Edina says that in previous years it was a big problem to go to the restaurant and find some vegetarian dish.

-Today, there is an increasing choice of vegetarian food in BiH. Many restaurants offer vegetarian meals, that makes it easy for us – says Edina. 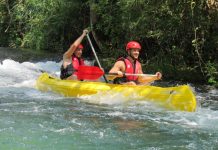 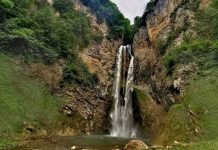 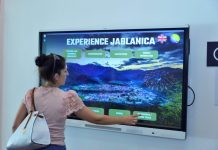