Unique, invaluable, and energetic – words that can describe hand-made wooden glasses that thirty-year-old Sarajevan Damir Bajraktarević is making. Out of love for wood and out of curiosity, he developed a lucrative business and called it “Dawood”. Customers come to him on a daily basis, and some come back three times. One of them is the star Dino Merlin. Glasses are sent all over the world, and he is currently preparing a shipment for Australia.

Although, he says, he did not invent the wheel, it is interesting that Damir learned everything on his own, because nobody in his family was a craftsman, and everything started from making wooden guitars. 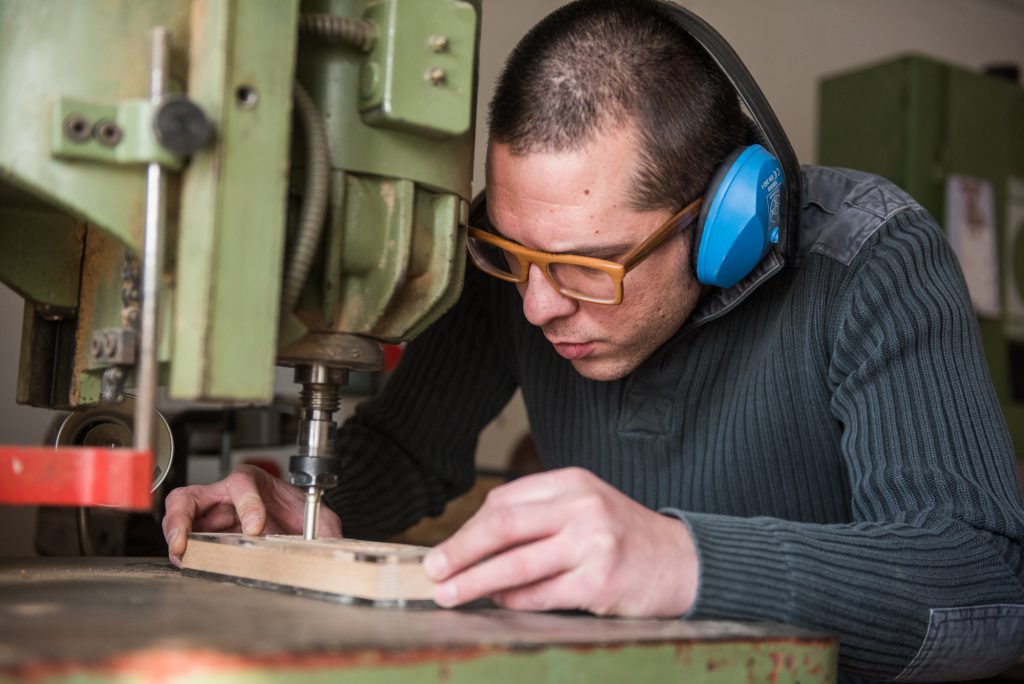 – Usually, everybody asks if I inherited a craft from someone, but I did not. In fact, I graduated from marketing studies and no one in my family had any contact with the craft, but me. By the way, I made profits from music and had a good income, but, I admit, I had too much time on my hands. Then I decided to make a guitar. In theory, I knew everything, but I never had a machine in my hand – Bajraktarević began.

From curiosity he bought one machine – a handmade wood moulder that has 25,000 rpm in a minute and literally cuts fingers.

– It was a real challenge to keep such a machine in my hands. The first two holes I made with this machine were the end of the world for me … Then I realized that I would deal with wood in my life, whether it was guitars, tables, chairs … I simply fell in love with the tree – Damir remembers.

As this work did not pay off, he decided to make something smaller that he could pack and send all over the world. That’s how the brand “Dawood” came into being.

– What was in my head then was that, whatever I decide, I will do the best or I will not do it at all. Those were glasses. The beginning was difficult, but whose isn’t? Although such crafts are usually passed from generation to generation, as I already said, I had no one to inherit this from, but I learned all the steps on my own. There were various mistakes, returning to the beginning … More than 80 frames I threw while the glasses were not functional and aesthetically beautiful – he explains. 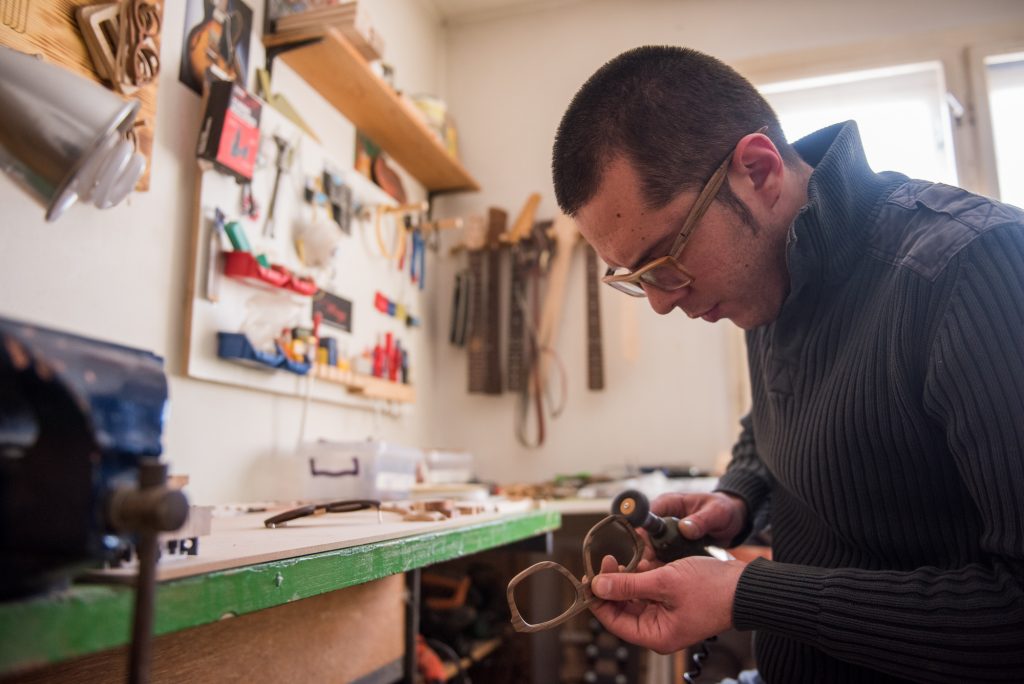 The effort paid off in the end. His brand is well known, satisfied customers are returning, and he is also preparing a shipment for Australia.

– Frankly, I did not expect such a positive reaction in a short time. At the beginning I even had to refuse some clients, because I simply did not want to sell some copies. In the end, everything works out – says Damir.

It takes about 15 days to make one pair of glasses.

– It is a rather complex process, as there are several stages until the final product comes. First, the tree is cut, then steamed and placed in molds to bend toward the radius of the face. This last part lasts for about ten days. But while this is happening, I work on other glasses, so I always have a semi-finished product – Damir says, adding that domestic wood species are supplied from our villages, where the wood is naturally dried, while exotic species are supplied from abroad.

Due to the type of the wood, the prices of glasses also vary.

– I could have worked on domestic species, but I also wanted to offer models of exotic wood. Therefore, prices range from 180 to 300 BAM. Depending on the client’s desire, the price may vary. For the exotic wood type ebony, which is very demanding for processing, the price of glasses will be more expensive, because one plank costs 70-80 BAM.

People usually ask him if this is a bit overrated for our standards, so I always tell them to go into any coffee shop and see what kind of mobile phones our people have. Then you will see that this price is in accordance with the quality.