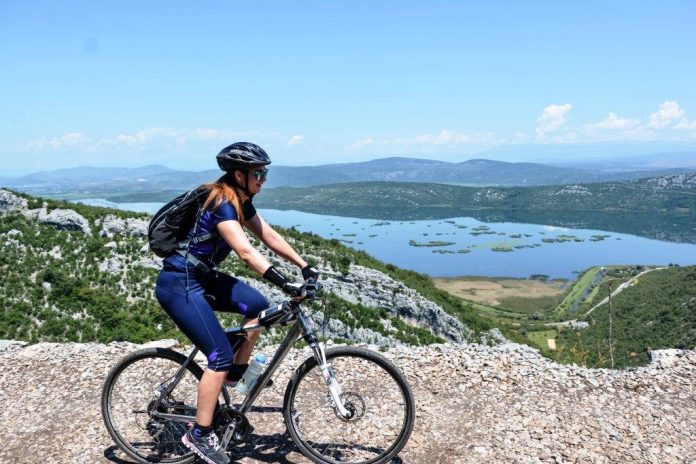 Herzegovina has huge potentials for cycling tourism and in the past ten years many associations, institutions and individuals are working hard to use this potential and make Herzegovina a top destination for lovers of recreational and professional cycling.

According to the president of the “Herzegovina Bike” association, Toni Zorić, the idea is to arrange cycling in Herzegovina, following the example of Istria, where this type of tourism is extremely developed.

– We recently had guests from Istria who were delighted with what they saw and therefore I think we are well on our way to making Herzegovina a top cycling destination that will attract as many tourists as possible – said Zorić in an interview with Fena.

He reminded that cycling has become an indispensable part of tourist arrangements.

– As far as Herzegovina is concerned, we really have huge potentials that the great world media have written about. The emphasis is on the “Ćiro” trail, which Lonely Planet ranked fourth on the list of cycling tourist destinations. This is a great thing, and we are proud of it – said Zorić.

“Ćiro” is a 150-kilometer-long bicycle path that runs along the route of the abandoned Austro-Hungarian narrow-gauge railway from Mostar to Dubrovnik. Zorić points out that cyclists are extremely grateful guests, as evidenced by the experiences of caterers whose work is related to this route.

Ivica Sivrić, Executive Director of the Regional Agency for Economic Development (REDAH) from Mostar, which participated in the arrangement of the “Ćiro” trail, pointed out that results of this project are far greater and more significant than expected. According to him, “Ćiro” is today a bicycle highway to which other bicycle routes are connected, so that Herzegovina now has more than 2,000 kilometers of mapped trails.

“Ćiro” also connects with the surrounding natural and cultural-historical destinations that are not exactly on the bike route but are in the immediate vicinity.

– This is, for example, the area of ​​Stolac, which is extremely rich in such content. Through that project, we mapped the path that goes from Čapljina and Počitelj, Radimlja, Stolac to Boljun, all the way to Ravno and Vjetrenica – Sivrić pointed out.

The “Ćiro” project also has its continuation, through which the length of the existing track will be more than doubled.

– This is the project “Ćiro II” which is an Inter-reg project with partners Ravno – Konavle – Herceg Novi, and REDAH is a technical support. Within that project, it is planned to connect the monasteries from Herzegovina with those in Fojnica and Kraljeva Sutjeska along the Franciscan trail, which will be about 400 kilometers long – said Sivrić.

Together with mapping and marking of bicycle paths, we are working on improving the accompanying contents that are not yet at the required level.

– Our caterers are not yet ready to the extent we would like them to be, but we understand that this is a novelty and a process, and we are working on it. As a continuation of the “Ćiro” project, we saw the need to raise service and quality, especially through marketing, in order to recognize the private sector. In cooperation with partners from Serbia and Montenegro, we have also developed the “Bike Friendly Standard” – said Sivrić.

Pliva Lakes in Jajce: The largest natural accumulation in Bosnia and Herzegovina