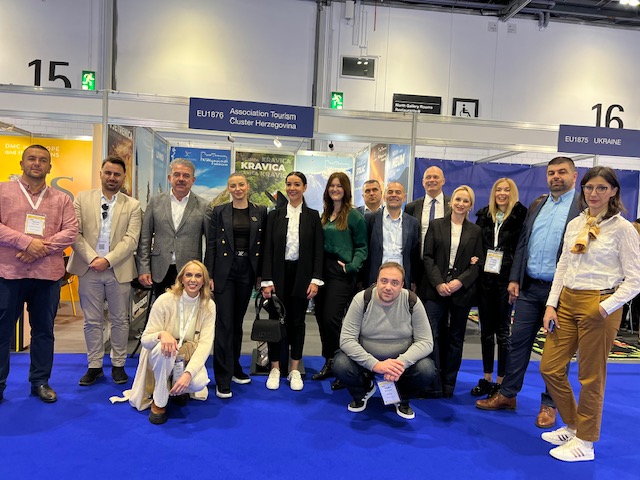 The delegation of Bosnia and Herzegovina presented its tourism potential at the prestigious international tourism and travel fair “World Travel Market London 2022”, which was held from November 7 to 9 in London.

WTM London represents one of the most important tourism fairs in the world, which gathers around 5,000 exhibitors from 182 countries. It is estimated that about 51,000 participants realize their business activities worth about 2.8 billion pounds at this fair event.

In addition to the classic exhibition part, the WTM London fair offers great opportunities for business improvement, networking, B2B meetings with representatives of tourism industry, media promotion, exchange of experiences, attendance at business forums and presentations by world experts, and monitoring trends in development of tourism.

The success of performance and participation of Bosnia and Herzegovina at this fair is demonstrated by a series of events that took place at the exhibition spaces of Bosnia and Herzegovina. A partnership was signed between USAID’s department for development of sustainable tourism in BiH and the British company Online Travel Training (OTT), which announced the launch of two new courses at the Online Travel Agent Academy (OTAA), namely Wine Routes of Herzegovina and Mountaineering Sports of BiH. The partnership was signed by USAID Tourism Director Ibrahim Osta and OTT Director Julia Feuell.

It was pointed out that the goal is to reach thousands of international tour operators and travel agents in key source markets around the world and convey to them information about “amazing, rich and diverse tourist offer of BiH”. In addition, since the launch of the program, international travel agents have completed a total of 1,853 OTAA courses, and obtained the title of certified expert for BiH.

During the prestigious evening of members of PATA (Pacific Asia Travel Association), held in the very center of London (Great Britain), in the immediate vicinity of the British Parliament building, the Wine Route of Herzegovina was presented, and those present could enjoy a tasting of prominent Herzegovina wines.

The meeting was held in the Palace of Westminster, i.e. the building of the Parliament of the United Kingdom, and several topics were discussed, primarily the potential and possibilities of strengthening economic ties between the two countries, especially through increasing trade and investment, as well as the necessity of exchanging knowledge and experience. 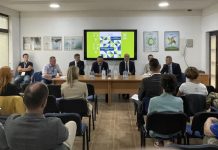 Ambassador of the Republic of Croatia to B&H Ivan Del Vechio:...