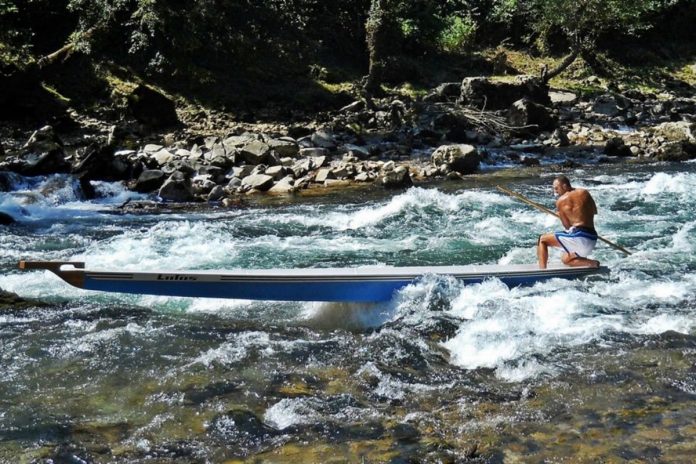 Banja Luka is one of the few cities in the world that has its own boat, which only floats on the part of Vrbas that flows through this city. It is a well-known boat – dajak, one of the main symbols and tradition keepers in the beautiful city of Krajina.

It is also called “the Banja Luka gondola”. This imposing vessel can be seen most often as it rides Vrbas in the spring and summer months and is one of the main attractions during the “Ljeto na Vrbasu” (Summer on Vrbas) event. Old Banja Luka citizens will usually say that riding dajak is a “lifestyle”. Once, the boat was a status symbol of the family that owned it and an indicator of the owner’s wealth.

The Zamolo family from Banja Luka has been maintaining the tradition of making and using dajaks for decades, and they organize promotional rides on Vrbas every summer, in order to popularize this boat as much as possible. 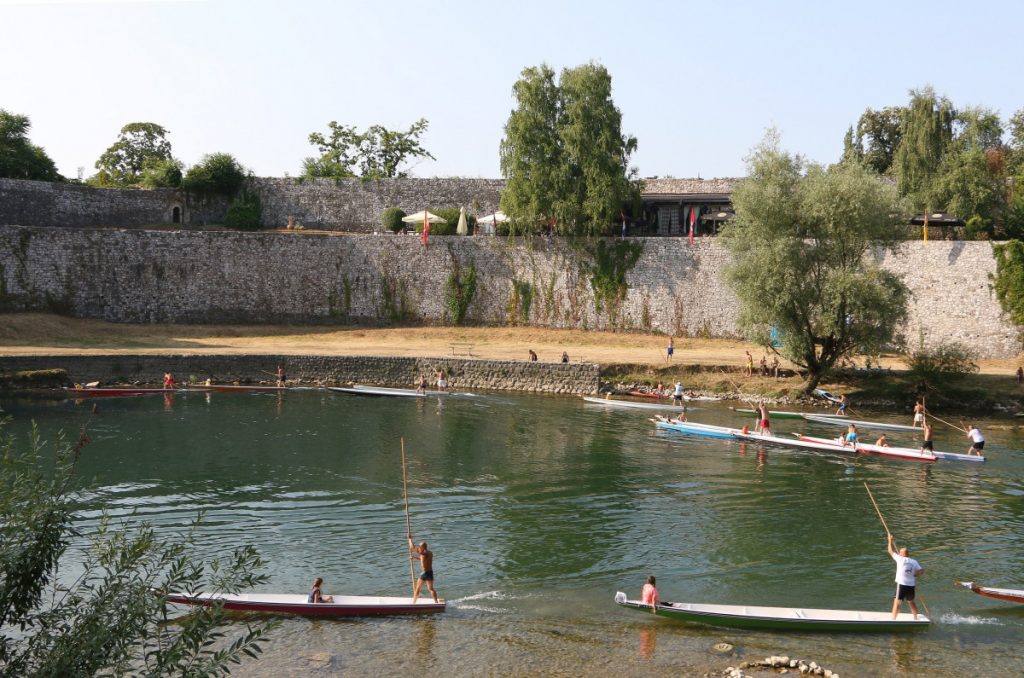 In the Dajak club they explain that it is not known precisely when the first Vrbas boat, pushed by dajak, sailed through Vrbas. The legend says that dajak existed even before Banja Luka, and that the founder of the city sailed in it.

– Closer to the truth is the story that dajak was created as a need and mean of transporting goods from one end of the city to another. Official documents say that dajak in Banja Luka existed even before the First World War, and that the expansion was experienced between two great world conflicts – masters of dajaking explain.

It also experienced periods of great crisis in history when it almost completely disappeared. For the first time in the period of German occupation when the Nazis locked all boats behind the walls of Kastel fort where they have rotted. 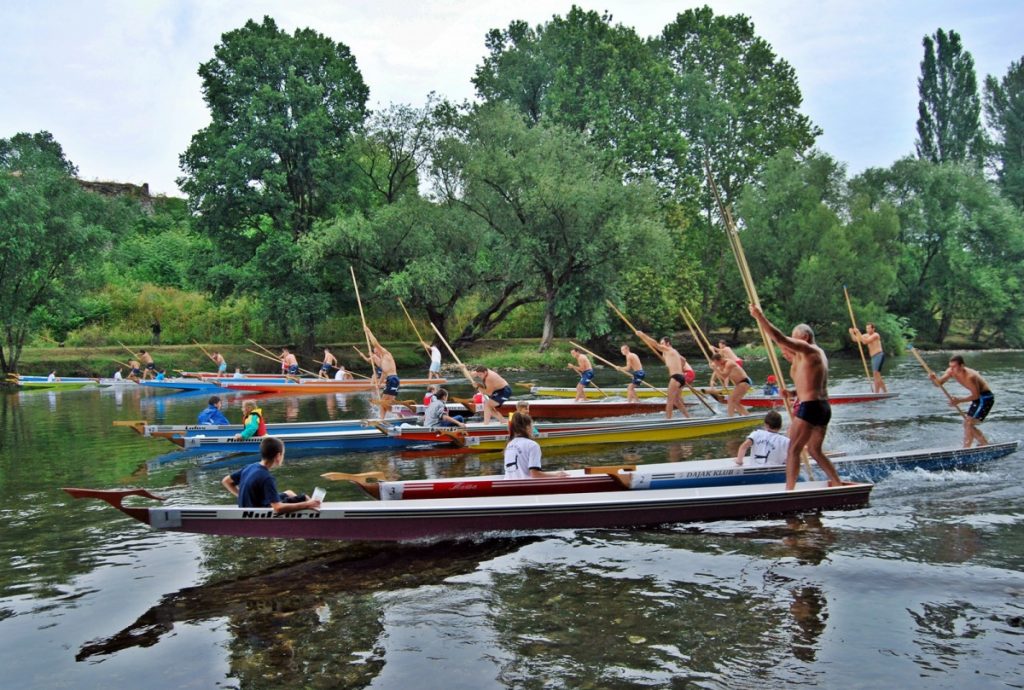 In some archival documents, data can be found that the first boat, with actual characteristics, appeared in 1964. He left the Zamolo brothers’ workshop and got the name “Lotos”. Zamolo brothers made a revolutionary boat, of harmonized dimensions, proportions and optimal length.

Dajak is six to nine meters long and has a rudder and a spike. It is made of acacia, oak or ash. The boat has a spike that is most often in the form of a mythical animal, eagle or dragon, depending on the choice of the master and his skill to make it. Each spike is different and authentic for a particular boat. It is heavy up to 100 kilograms and is adapted to rapids on the Vrbas River.