Fry on the butter leek cut into rolls, mushrooms, dried meat and sour cucumbers cut into noodles, and garlic cut into quarters.

Fry chicken liver with this for 10 minutes, add a little jam and mustard, season with salt and pepper, and top up with chicken soup and stroll for a few minutes until the liquid evaporates. Sprinkle parsley leaves before the stew is fully prepared.

Pour hot soup base and olive oil over couscous and let it absorb. Fry peppers in the oven until the skin begins to separate, so separate the seeds and petiole.

Cooked chicken from the soup cut into pieces. Cut the cheese into cubes. Couscous grind with a fork and add cheese, chicken and peppers, and season with pepper and vinegar. Decorate with pine nuts and finely chopped parsley leaves.

Boil the fish with chopped onions and mix it in mashed potatoes. Chop two pieces of file, and dried bread soaked in soup, drain and crumble it.

Mix fish pire, fish pieces and soaked bread and add two eggs, season with salt, pepper and chopped parsley leaves. Mix it all well, and then make sticks from the mixture. Roll into flour, scrambled eggs, and roast in deep oil.

Ingredients: half a kg of leafy dough, 250 g of roasted pumpkin, brown sugar, 100 g of pineapple jam, 100 g of walnuts, cinnamon, egg, a mixture of seeds.

Roll the leafy dough to desired thickness, cut into pieces depending on the amount of pumpkin you want to put in each piece.

Mix ground walnuts, cinnamon and some brown sugar, and roll the pieces of roasted pumpkin cut into cubes in that mixture.

Place the prepared pumpkin in the middle of a dough that you previously covered with a jam, and bend it to be covered from all sides. Rub edges with an egg as well as a whole pumpkin pad and sprinkle with a mixture of seeds and bake at 180 degrees for 30 minutes. Serve hot with ice cream. 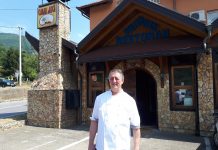 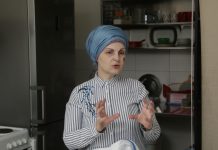 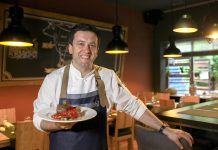