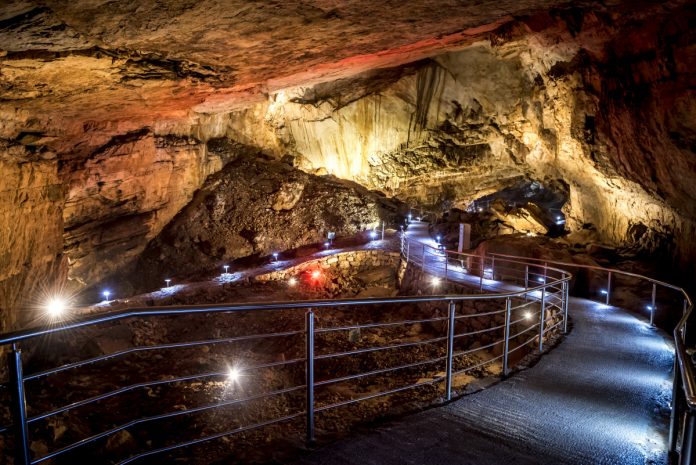 From June this year, the public company Vjetrenica plans to organize a new tourist offer in the Vjetrenica Cave, an underground adventure – the Veliko Lake.

-Underground adventure is an extremely interesting and visually different tour from a classic visit to a cave. The tour to Veliko Lake opens the hitherto hidden world of Vjetrenica, guarded in complete darkness with rich decorations, stalactites and stalagmites. The tour to the Lake is 1,300 meters long, which is 2,600 meters in both directions, and we will organize it by appointment. The maximum number of people in one tour with a trained guide is ten, and the lake itself is crossed by boat in tours with a maximum of three people. Of course, if the water level is favorable for crossing the lake – says Nikša Vuletić, director of the Public Company Vjetrenica, for the magazine Visit BiH.

The price of adventure

Vjetrenica protected landscape is a tourist cave with a total length of 750 meters of tourist trail which is secured by a fence and illuminated by LED lighting. This part is open to tourists, which is only one fifth of the explored part of the cave. The rest, which is closed to visitors, can only be seen by speleologists with appropriate equipment.

-The price of this adventure is 40 BAM per person, and includes a guide, protective equipment, or rubber boots and helmets. What is desirable is to bring some older and warmer clothes and small lamps, preferably LED. I note that the trip is intended for people over 18 years of age, without health problems – says Nikša.

Vjetrenica Cave is located on the southwestern edge of the fertile Popovo Field, one of the largest karst fields in Bosnia and Herzegovina through which the river Trebišnjica flows, once the largest sinkhole in the world, and today the largest concrete slab in the world. It is in Zavala, in the municipality of Ravno, which due to its proximity to the Adriatic Sea (12 kilometers) and larger centers (Dubrovnik, Trebinje, Mostar) further attracts visitors.

It is one of the most beautiful and important speleological objects in BiH and the Dinarides. Hydrologically rich system with constant and more periodic watercourses with underground lakes, recognizable air currents in the summer will certainly not leave anyone indifferent during the visit.

The indoor air temperature is around 11 degrees and is a great destination for refreshment in the summer. Vjetrenica, which was a protected natural monument in 2021, is becoming a protected landscape of BiH, which is open for visits in the length of 750 meters of infrastructurally arranged trails. From the 19th century until today, numerous researchers from all over the world have passed through Vjetrenica, recognizing the importance of this speleological object, and the investigated part is 7,323.90 meters.

What makes Vjetrenica especially significant in the world is the underground biodiversity with more than 200 animal species that are adapted to living in complete darkness. The most interesting inhabitant of the cave is Proteus anguinus or Olm which visitors can see on the tourist part of the trail. It is an exceptional animal that can survive for several years without food, and can live up to a hundred years.