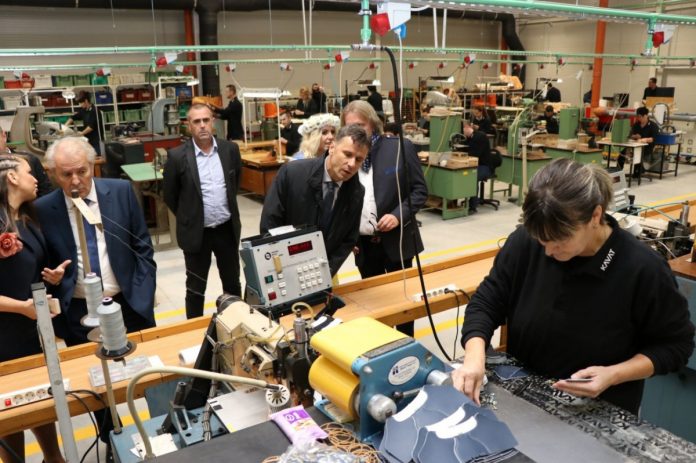 Swedish company for production of footwear Kavat, which will operate in Novi Travnik, will employ more than 150 workers.

Novi Travnik Mayor Refik Lendo said they are proud because they were partners from the very beginning of this project. He emphasized that Kavat received a construction permit in 12 days and that the company had completed all the works in five months and received a use permit.

-This will be an example we will follow with every future partner who wants to invest in Novi Travnik – Lendo said.

Kavat exports most of its production to Scandinavian countries, Germany, Austria, Belgium and Russia.

Representatives of the Swedish embassy in Bosnia and Herzegovina have said they will continue to work on the promotion of Swedish products in B&H, as well as opening new jobs through these products.

Kavat AB is a Swedish footwear company that exists since 1945. It appeared in the Balkans in 2005, in the capacity of a customer in various factories. The company opened in Travnik in 2009, and employed 70 workers.

Creating conditions for excellence in tourism in BiH