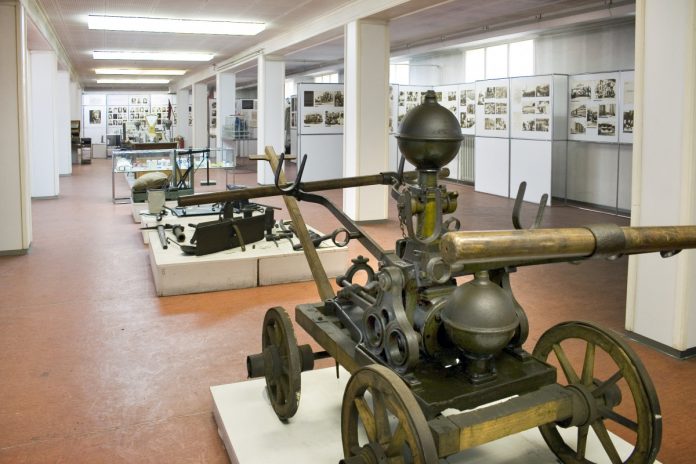 The complete production process can be better understood when visiting the Salt Museum located in the Tuzla Saltern circuit. The Salt Museum itself was opened in 1975 as an integral part of the company and by extinguishing the factory’s old plant. At that time, the last three old pans for boiling saline water were turned off, and this part was turned into a museum.

Its purpose is to preserve the tradition of salt making and memory of the industrial heritage, as well as the methods of exploiting salt from the Neolithic period, and that such an object is preserved and transformed into the Salt Museum. That is why its value is huge not only for Saltern, but also for Tuzla, and therefore also for Bosnia and Herzegovina, because it is in the Salt Museum that the historical cycles of development of one of the oldest cities in the Balkans can be seen.

The setting of the Museum is designed in terms of exposure of exhibits that describe the method of salt production and traditional tools used in these plants at different times through the history of salt making from Neolithic to Socialist Yugoslavia, and a lot of written documents and photographic images from these periods. In addition, the Museum has a large collection of artifacts of great value, paintings and sculptures by well-known authors.

The oldest exhibit is a pan for cooking salted water from the Neolithic, more precisely in the Museum there is a replica of such a pan, but it is made from original fragments from that period. There is also an original pan for boiling salt water from the Ottoman period, unknown year of production. The oldest written document is the commercial contract of Ban Kulin with Dubrovnik from 1189 on the monopoly of salt.

There are few “golden periods” of Saltern, and the Museum itself in many ways helps us understand  circumstances and time. The first “golden period” was recorded in the Austro-Hungarian era, when the industrial part of the solar system was officially launched, and in 1885, the first Saltern in Tuzla was built in the eastern part of the city, in Simin Han settlement. This is also the year since officially, at the beginning of the industrial exploitation of salt, the time of the company that today is known as Saltern Tuzla is calculated.

In addition, it can be said that the “golden age” is also the period of the former Yugoslavia in terms of modernizing the very process of work, which considerably facilitated by then very inhumane work, which implied great physical efforts.

Students, graduates, today visit the museum and a significant number of visitors are foreign ambassadors and representatives of the international community.