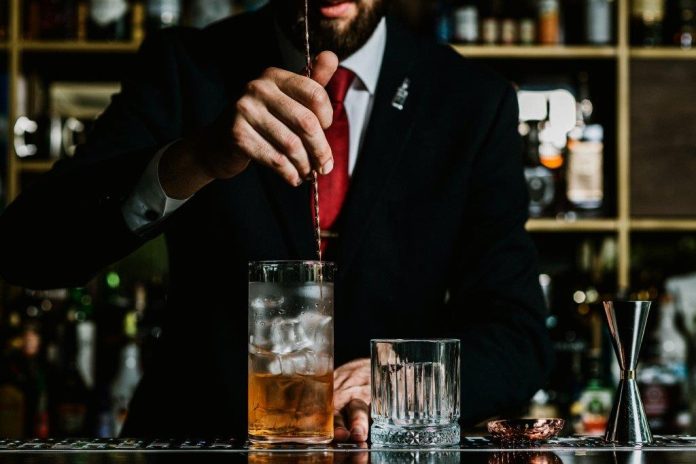 Drinking cocktails is definitely one of the first reminders of summer. At the very thought of cocktails, our imagination takes us to some exotic destinations, beach bars, beaches, parties… The combination of different colours and flavours is irresistibly attractive, so on hot summer days, cocktails are the first choice that refreshes. Cocktails are a mixture of alcoholic or non-alcoholic drinks that, apart from the beach and nights out, we can prepare at home.

No one can say for sure when the first cocktail was created, but according to the magazine Balance & Columbian Repository, the history of cocktails goes back to the distant year 1806, when a journalist replied to a readers question of what a cocktail was and his answer  was: ‘It is a mixture of spirits, sugar, water and bitter’. Not long after that, cocktails became world famous and one of the most favourite drinks, above all, of Americans.

Jeremiah P. Thomas is considered to be the father of the cocktail. He worked at the Metropolitan Hotel in New York and was known for his sterling silver mixing bowl. He was a bartender, but he was also known for the acrobatics he performed while preparing cocktails. In 1862, he published a book for bartenders. It was the first book with recipes for bartenders and the first book containing recipes for a drink called a “cocktail”.

We talked about cocktails, the culture of drinking this drink and its popularity with Mirza Merdžanić, a well-known BiH bartender who has been on the scene for more than ten years. He has rich experience and numerous awards for the best bartender in Bosnia and Herzegovina. Today, he is more on the other side of the bar, that is, he is engaged in the education of younger colleagues.

-When I convey my knowledge, I always say that a cocktail should evoke a feeling similar to that which a woman evokes in a man. Attractive in appearance, seductive in smell, and divine in taste – he says while laughing.

According to him, in the last few years, cocktails have become very popular in Bosnia and Herzegovina, and a great number of restaurants offer them.

– The summer period is definitely the time when cocktails are consumed the most. Refreshing cocktails are the most popular drinks during hot summer days, meaning drinks with lower percentage of alcohol, fresh ingredients, and those that contain more ice. Aside from the summer period, there are also numerous cocktails that are consumed in the winter, and the most popular are mulled wine and mulled gin, Irish coffee, and hot rum with butter – says Merdžanić for Visit BiH Magazine.

He points out that along with the popularization of cocktails in Bosnia and Herzegovina, a variety of drinks that are used to prepare cocktails appeared on the market.

– Today, more than 50 types of gin can be found on our market, and it is currently one of the most popular spirits – he says.

Apart from the general division into alcoholic and non-alcoholic, cocktails are also divided into classic, and some of the most popular are mojito, martini, old fashioned and negroni. There are also modern classics that have been created in the last 30 years, including the espresso martini, breakfast martini, old Cuban… and signature cocktails, i.e. those created by bartenders for the bars where they work.

– There is also a division into aperitifs – before the meal, digestifs – after the meal, short ones (shooters) which are mostly served without ice, and long ones which are characterized by a large amount of ice and which have a cooling function – emphasizes Merdžanić.

We asked him which cocktails Bosnians and Herzegovinians are most looking for in bars.

– Modern technologies, i.e. social networks, which promote the culture of drinking cocktails, but also trips to the most popular destinations in the world, have contributed to our citizens knowing quite a lot about cocktails. Therefore, guests are increasingly looking for cocktails that they have seen or tried somewhere. However, somehow the most popular here are mojito, gin&tonic, sex on the beach and Aperol spritz – emphasizes Mirza.

Ambassador of the Kingdom of Sweden to B&H Anders Hagelberg: Improving...