She is one of the most perspective actresses of the younger generation in our country, Maja Izetbegović has for years exhibited all her talent, and after completing the Academy of Performing Arts in Sarajevo, her work experience starts at the Chamber Theater 55 where she is still employed.

There is a wide array of roles Maja embodied and each one is unique in its own way. She was proclaimed the best young actress in Bosnia and Herzegovina, as well as in Croatia and Serbia. Although the audience more often watches her performance in the theater than in the movie, Maja says she prefers both alike, and that these divisions were never clear to her.

– Both are inspirational, creative and endlessly beautiful – Maja emphasizes.

In her rich career, she has worked with many great actors of all generations from across the region. 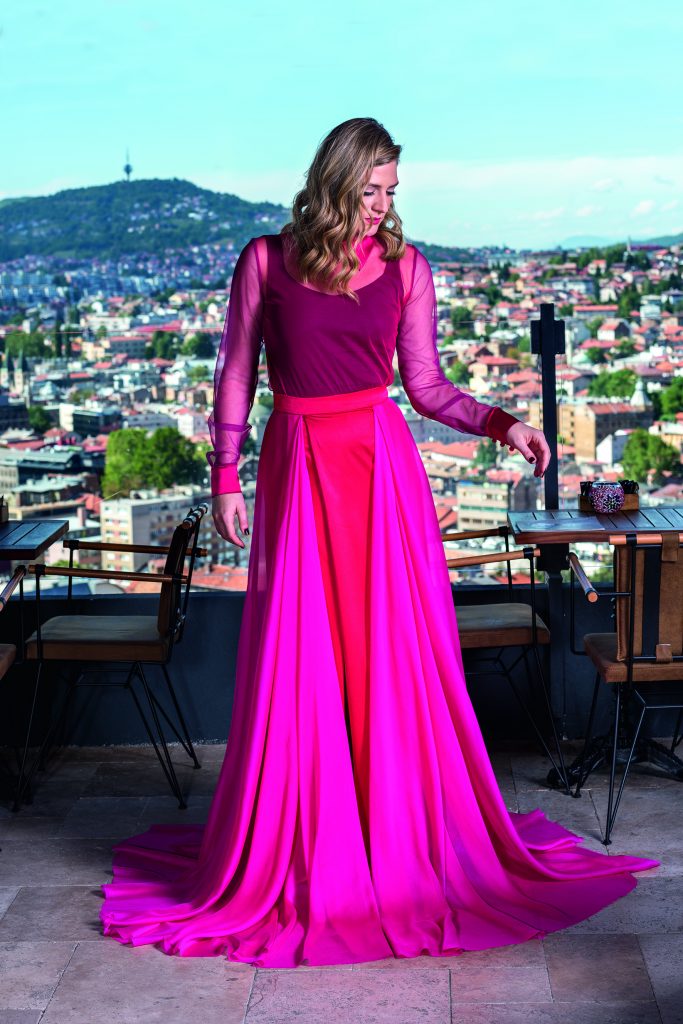 – I always allow myself that every associate awakens creativity and enthusiasm inside of me, and to get to know me better through working with him or her. It is a special relationship and special sadness because of my colleague’s departure. I learned a lot from him. Good spirit of the theater Vlastimir Đuza Stojiljković – she says.

She emphasizes that she does not want to single out any of the plays as special because, as she says, every performance is a story and a world for itself.

– It bring some new content into your life, enriches you and teaches something new. I would be very unjust when I would put one performance in front of the other because they are all equally important for my acting life – says Maja.

– We are still living on enthusiasm and good will, which is not good; I think that there must be a more serious strategy on the issue of cultural life in B&H. The spiritual horizon and cultural aesthetics of most of our ruling elite is a mere estrada and a national-romantic kitsch. It is therefore their cultural strategy to destroy culture, a conservative cry against intellectualism and progressivity. They consciously marginalize international cultural institutions and projects of state importance by giving priority to financing content such as ‘rural mowing’. It is time for us both cultural workers and the ruling structures to seriously deal with this problem; otherwise, we are going into civilian darkness. No culture no state. Moreover, that is probably the current strategy – says Maja.