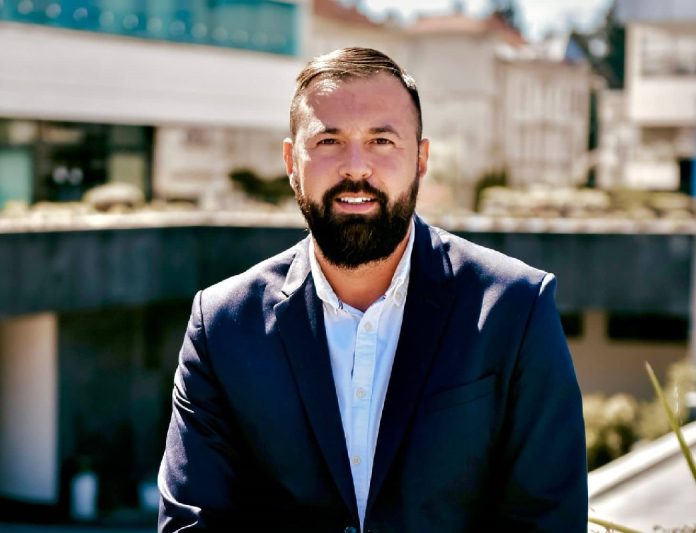 There is an extremely pleasant atmosphere on the streets of the city of Sarajevo, which are filled with tourists from all over the world. The photos that are taken on the streets every day show that Sarajevo is returning to its old rhythm, especially in Baščaršija, at the surrounding picnic spots, but also at the Olympic beauties.

– The statistics we record at the Canton Sarajevo Tourist Board show that we are very close to the tourist traffic from pre-pandemic times, and we expect new records by the end of this tourist season – says Kenan Magoda, president of the Sarajevo Canton Tourist Board, in an interview for Visit BiH Magazine.

The Sarajevo Canton Tourist Board is very actively working on new content that will attract new tourists during the summer. What are these contents?

– The Tourism Association of Sarajevo Canton works very actively to create new contents, expand the offer, strengthen the tourist offer of Sarajevo in order to position it as an attractive destination. In the first six months of this year, we supported more than a hundred projects from various fields – tourism, culture, music, entertainment, sports, education, gastronomy, ecology, etc., and satisfied different tastes and generations with content. During the three months of the summer tourist season, through nearly 40 Sarajevo Summer Fest projects, the Sarajevo Canton Tourism Association will provide cultural, artistic, scenic and entertainment content.

This year, you put special emphasis on cultural events, as well as entertainment. Can you single out some?

-In addition to supporting numerous outdoor performances and cultural events, we also announce concerts (Solomun, Bajaga, Letu Štuke, Atomsko skloniste, Bolero, Crvena jabuka), as well as festivals, manifestations, and attractive sports events, for which 650,000 BAM have been allocated. Of course, the support of this year’s Sarajevo Film Festival is indispensable. We have been their prout partner for years, and we have great expectations for strengthening the tourist traffic this year because of SFF.

You are working on the Sarajevo Card project. What is it really about?

– Novelties and improvement are our constant, which we are actively strengthening. Among the important projects that we are preparing in the coming period, we single out the creation of the Sarajevo Card. The Sarajevo Card project is intended for tourists who, by purchasing a unique card, will be able to use, for example, city transport, mobile phone and internet services, visit museums and theaters, tour tourist attractions, as well as obtain certain discounts in accommodation and catering establishments, shops…

Tell us about some other projects you support?

– The Tourist Board of Sarajevo Canton provides support for the projects of forming skywalks, sports-adventure and adrenaline content, for which we secured significant funds. Another extremely important project, the importance of which we as a socially responsible company recognized and supported, was the installation of recycling machines in Sarajevo.