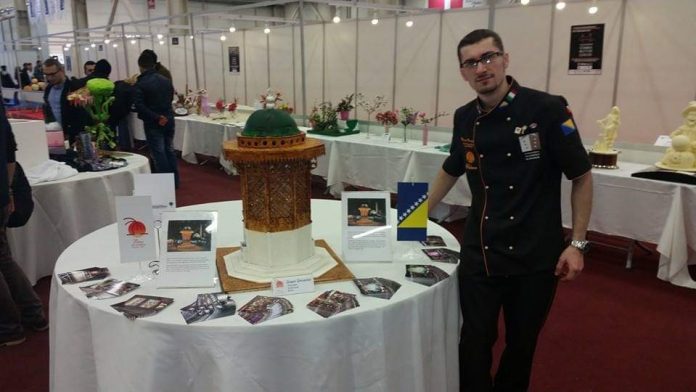 He is vice-champion of the world with his Sebilj, and he is much happier when he draws smiles on children’s faces. He brought more than 100 medals from international competitions as a competitor, and in September, he returned from Ohrid with a gold medal and with a title of a judge. He is an active member of the Association of Chefs and Confectioners of Bosnia and Herzegovina, but also of Italy, Slovenia and Croatia.

Damir Rožajac has become one of the world’s elite members of the pastry business. Although relatively young, has has been engaged in this for about 18 years. He originated from the Catering School at the Nacional Hotel and was hired as a specialist by the Numić brothers, owners of the Palma Patisserie in Sarajevo.

– I stayed in Palma for 15 years, where I was the chef and made many friends in sports, entertainment, business, public life, diplomacy … To many of them I fulfilled sweet wishes, and I had a happiness overload when I made their children birthday cakes. There is nothing comparable to a smile of a child! Many have ended up in other European countries as well – says Rožajac.

-I am a multiple international champion and Vacks licensed judge for cakes, and I have been preparing exhibits for competitions for months because of the complexity of the job. You must, for example, make an exhibit in stages without dissolving it. I was vice-champion of Umag in 2012 with three gold medals; I won gold at the Bosnian Dukat in 2013 for the sugar City Hall exhibit. I worked for months, and a year later at the same competition I received a gold medal in the confectionery artistry competition – emphasizes Rožajac.

As early as 2015, this pastry virtuoso competed in Turkey with the Sugar Sebilj from which water flows, which was unthinkable by then.

-Both the competitors and the judges were thrilled, I was offered a job in many countries, but I decided to stay in my home country – Damir smiles.

Our interviewee is also the author of the largest cake ever made in the region, which could have been sorved to more than 800 people.

– I made it for the double crown of the Sarajevo Football Club last season. No one in this region has ever made such a cake! It was five-tier and 1.5 meters high. They deserved to celebrate winning the Premier League and the BiH Cup – said Rožajac.

He often judges international competitions. Most recently, he did it at the Gastro Mak in Ohrid, on behalf of La Delicia, the pastry he now heads, and the BiH Chef and Pastry Association. He and the president of this association, Nermin Hodžić, brought two gold medals to our country as judges.

For two and a half years he has been employed at La Delicia patisserie, whose cakes can also be found in numerous markets. He leads a team of 10 top pastry masters, working with the latest equipment in the field. He educates young people and sends them to competitions all over the world to see that Europe also resides in our country, to come back and be happy to stay in their own country and to educate some of their younger colleagues tomorrow. 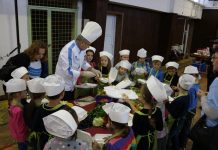 Zaim Merdan, one of the most famous names of BH culinary arts: Bosnian brand protection promoter 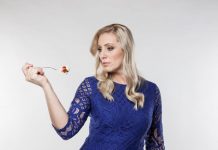 Moreno Debartoli, “Malik” from the movie “When Father Was Away on...

Ervin and Elvin Blažević, masters of football and cakes