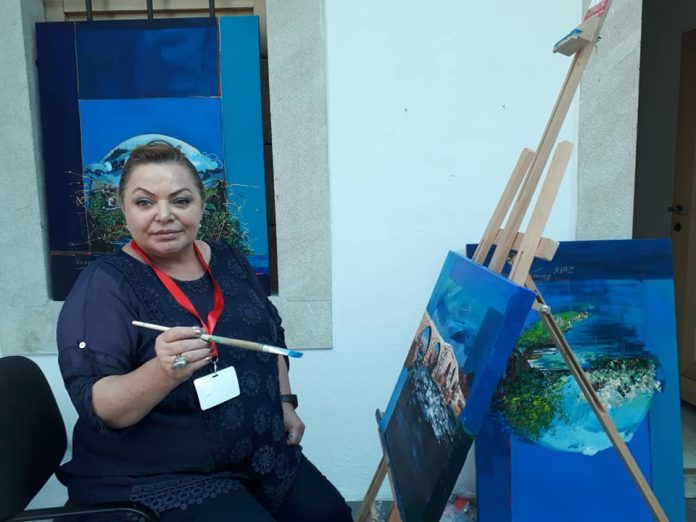 Art does not recognize division. Art Celebrates Differences. Art makes the world a beautiful place, and artists by their actions enhance the space they work in! This is very successfuly done by a renowned Turkish artist, Professor at Gazi University of Ankara, Birsen Yildimir Çeken, who has been in BH capital for the past few days, as a guest of the 6th International Art Colony “Sarajevo 2018”

Birsen has been on the art scene for four decades. She is known as a painter of blue colour, but also as an organizer of numerous colonies and collective exhibitions of international character. However, she especially devoted her work to linking Turkish and Bosnian artists, deepening connections between two friendly countries.

We talked with Birsen in the beautiful ambience of Gazi Husrev-bey’s Hanikah, and a jolly artist immediately “complained” that Sarajevo and Mostar had captured her heart, which is why the Herzegovinian city on the Neretva River ended up in her works.

– I attended the Sarajevo colony before. I’m coming for the third time, but always with new experiences and emotions. Along with the architectural structure and the atmosphere, various cultures and religions are crossing, and this particularly inspires me. It has a positive effect on me and people are very cordial and hospitable – said Çeken. 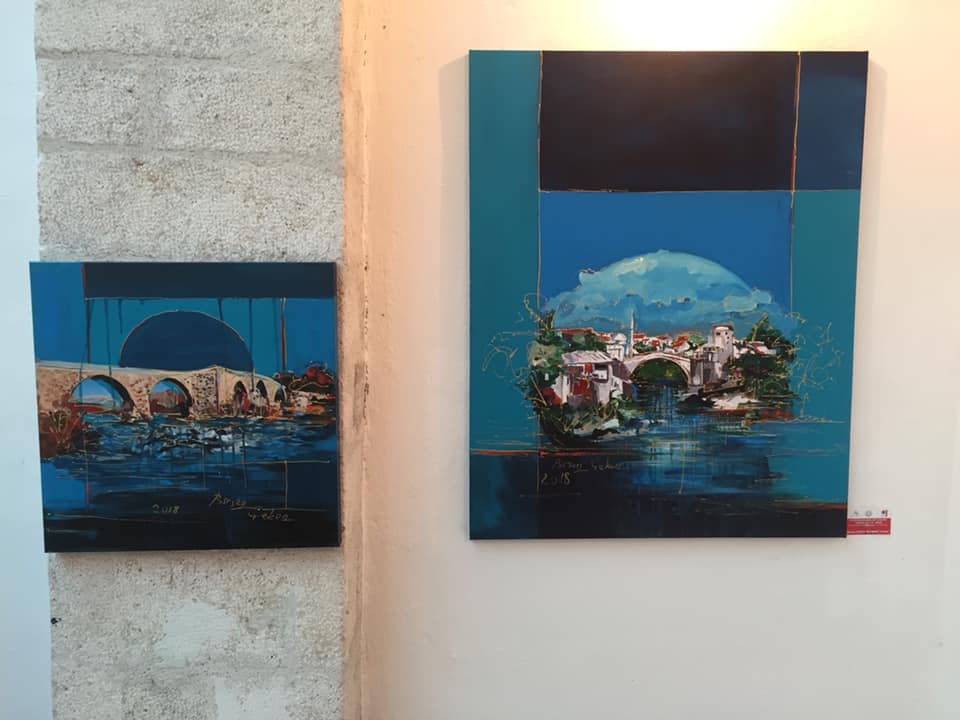 Bosnia and Herzegovina and Turkey share a common history and tradition. I believe this, along with everything you have said, has contributed to making you feel at home.

– Yes, that’s very important. I did not even feel like a stranger, nor did any of my Turkish colleagues. We participate in various colonies and represent Turkey as artists, but nowhere have we felt as much at home as when we come to Bosnia and Herzegovina. Precisely because of this, close common past. There are many buildings that were built during the Ottomans. We have the same or quite similar food, spices are very similar too, and nature and climate also … We owe thanks to Mirsada Baljić, the organizer of the Sarajevo Colony, who made us feel at home. I want to send her congratulations, because she continuously maintains the colony, which is attended by various artists, because the colonies are very important. Different artists come here and bring their culture and tradition with them. They exchange their experiences as artists, but also experiences of the culture from the area they come from.

In Turkey you are very successful running several colonies, which are discussesd in superlative in arts circles, both because of the excellent organization and the hospitality that you provide. Your guests are artists from all over the world, and among them, regularly ours, Bosnians and Herzegovinians.

– In recent times, many colonies have been organized in many countries. However, they are not all on the same artistic and aesthetic level. They are not all of the same quality. Our advantage is that we are academics, professors at universities, internationally and in Turkey, so the colonies we organize are of the best quality. In order to achieve this quality, to organize a quality colony we need support, and therefore state institutions and municipalities support us. I and my colleague Gültekin Akengin organize international colonies and exhibitions. So far, we have organized colonies in Ankara, Istanbul, Urfa, Adana, Rizeu. We always choose good artists, of good personalities, but also we make sure they have identity in art. Artists with identity and personality, therefore. That’s why the way Mirsada organizes and her view of the artists she invites, choices and precision resembles mine.

In our country, culture is always at the last place, but do all state institutions and municipalities support culture in Turkey? What is the position of artists in your country?

Mostly yes. For example, in Adana, they organized and financed everything, as well as in Rize. It is also important that those who support us love art. We cooperate only with such ones. We give conditions under which colonies should be maintained, and if they accept it, then we start organizing. Everything must be of the best quality, colors, materials, even insurance of artists during the colony … Why are we asking for that from municipalities that finance us? In order to be productive artists must be happy and satisfied. The position of artists in Turkey is very good. 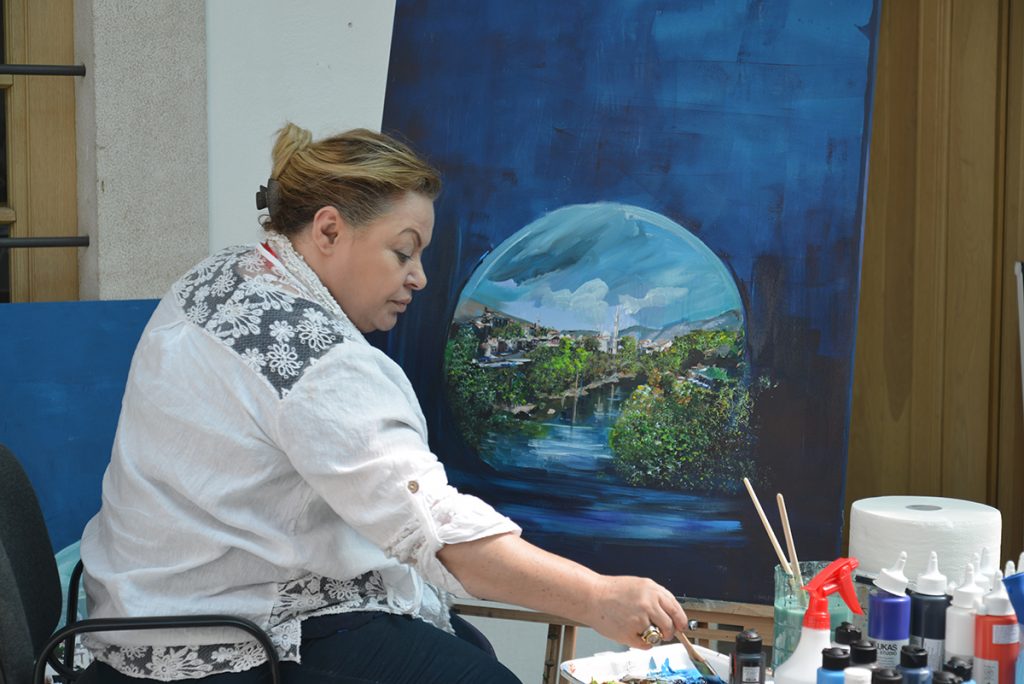 A great historical figure, Mustafa Kemal Ataturk was the first to organize such colonies in Turkey. I think that maybe this information has contributed to the sensitivity of the authorities to support you …

– I’m grateful for that question. It is most likely the general impression in the world that the present government in Turkey does not accept the principles of Ataturk and what it has built. However, Turkey is not what it looks like from outside.

When did you start feeling love for painting, art in general? What is what inspires you most?

-In Turkey, the love of art, the discovery of the gift of art, begins from a very early age, when the family notices this with their children. At least that’s how it happened to me. I also finished an art gymnasium. After finishing college, I made realistic works and then I was known as an artist of watercolor, and after that, I switched to oil. Half classical and abstract in combination. Now I combine a little abstraction and a little realism in my works and I’m known as a blue artist. On all my artworks there is always a blue and turquoise color and I have never separated from nature. Nature is always part of my work.

As a professor, but also a successful artist, what do you advise your students?

– First I advise is that beauty is in simplicity. Aesthetics is simple. The other thing I advise is color. They need to know the color very well.