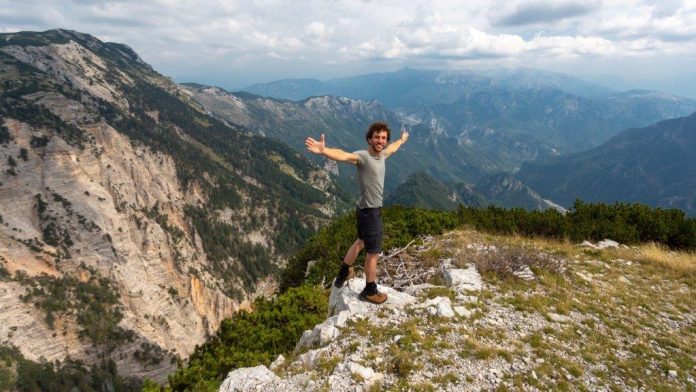 After 28 years of living in the Netherlands, Vildan Korjenić (31) returned to his homeland Bosnia and Herzegovina. In his hometown Čapljina, he renovated his mother’s house, where he now lives. He left the organized European country because, as he says, “he always felt that he belonged here”, especially because his heart was won by the natural and cultural-historical beauties of BiH, which he enjoys every day.

It is from this love that the blog, Instagram and Facebook page “Dit is Bosnie” was created, where he publishes photos, videos, but also stories from his travels around BiH, all with one goal – to attract tourists from the Netherlands.

– I was three years old when my parents left BiH because of the war – says Korjenić.

He was coming to his homeland regularly after the war, and in the last few years 10 to 12 times a year. He explains that he started with “Dit is Bosnie” five years ago.

– Every time I came I took pictures of natural beauties, because photography was my hobby then. When I showed the pictures to my friends, they were surprised how beautiful this country is. I started a Facebook and Instagram page and got really great and positive feedback. I decided to return to BiH and live here because I missed my homeland, I missed Čapljina, but also the beautiful nature, people and freedom. I think that there are many opportunities in BiH, especially in the field of tourism. I like to try new things and do things that other people wouldn’t do. Now I want to make even more great content about BiH. Let’s show the Dutch what their next travel destination will be – says Korjenić.

He points out that the Dutch are especially fascinated by the untouched nature in BiH, but also the hospitality of the people, then good food and drinks.

– My friends from the Netherlands have been here several times and they like everything. The places we visited are the mountains Visočica and Čvrsnica, we also visited many beautiful cities such as Sarajevo, Mostar, Jajce, but also Trebinje. Then we discovered some hidden gems such as Mostarska Bijela, Istup Stolac and Drežnica. And let’s not forget rafting on the Neretva or Una. There are so many great things to do and see – says Korjenić.

He believes that through tourism we can change the view that people from the European Union have about BiH.

– We can create jobs for people in BiH so they don’t leave this beautiful country. The Dutch know something about our history, but not so much. Unfortunately, many think that BiH is not a safe country and that is something I want to change – Korjenić points out.

In the Netherlands, he completed business administration at the University of Twente. There he also got a master’s degree and specialized in international management.

– But I had a marketing course and during my working career I focused on social networks, which is of great benefit for “Dit is Bosnie” – concludes Korjenić.

Edin Edo Numankadić: It’s important to be yourself

Jusuf Nurkić: My life road was difficult, but now those are...