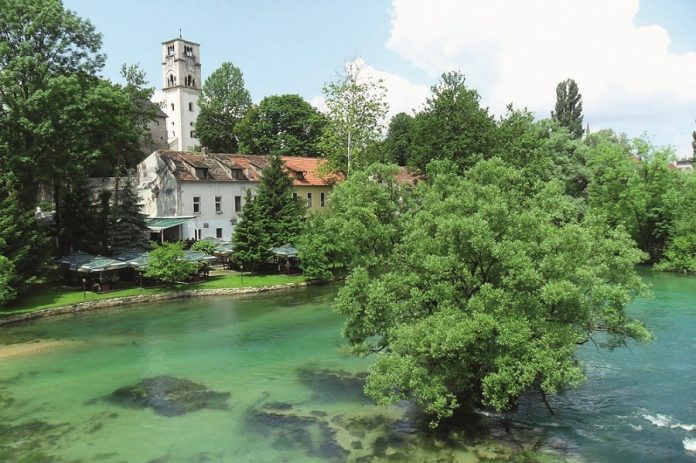 In one of the journals that was published less than a hundred years ago, or more precisely in 1928, called “Jugoslavenski turizam“ (Yugoslav Tourism), which was printed in Split, and it was the official newsletter of the “Yugoslav Turing Club” Belgrade, “The Association of Bathing places, Spas and Mineral Springs in the Kingdom of SHS” Zagreb and the “Central Propaganda Office of the Adriatic” Split, in the text titled “Ilidža”, whose author was dr. Jozef Salom, it was perhaps best explained the structure of the people of this nation and its relationship to the environment in which it resides.

Therefore, it is advisable to expose a part of that text or its introductory part in its original form:

“The natural beauties of Bosnia and Herzegovina have been widely reported so far, but almost always by tourists and foreigners, in foreign press and language; rarely one of our countrymen’s voice, enthralled by the charms of the homeland, was heard. Our people are simple, modest, and hospitable. They like to be visited by a stranger and rejoice when this person shows how fascinated he or she is by the beauty of our region. However, they do not find this manifestation serious, but a common phrase of a respectable guest; they are not aware of the beauty and riches that nature has endowed him with. Only those who traveled around the world and saw other people’s lands, only they, when returning home, notice that everything is different in our country; paths and roads, huts, villages and towns, and finally the animals and people themselves. As if we were created in the fairy tale of a Thousand and one night; everything is somehow miniature and arranged one next to the other, in an irregular, scarlet, magic chaos, all more diversified than the other, and the whole, as if it grew up with that romantic beautiful nature and as if it was born out of it. There is nowhere a template, regularities, and tired monotony. This interesting picture, which opens in front of us, the West and the East, conquers us from the first moment, interests and enchants with its beauty. The fact that foreign tourist literature has long ago discovered and described our region, most of our people still do not know, or understand, and therefore do not care.”

At the end of the text, Dr. Jozef Salom pointed out:

“It is my patriotic duty to draw the attention of all practitioners in our Kingdom to Banja Ilidza, to warn them of this first-line health resort in our country, where they can send their patients to treatment and recovery. By doing so, they will do patriotic acts by supporting domestic spas, and I am convinced that neither the doctor nor the patient will repent.”

Content and messages of Dr. Salom were reasons to ask myself, is it really complicated and difficult to love your country and its people, even if that country is called Bosnia and Herzegovina. In addition, it has always been a place where people have encountered, gathered and enriched themselves, but also a place where many civilizational and cultural achievements of different spaces have been confronted.

Nevertheless, Bosnia and Herzegovina and its people have always retained some specialty, but at the same time all newly offered ideas have been placed in some external memory and made available to all who need it. The answer to the question asked can be, it is not difficult to love Bosnia and Herzegovina, but it’s a bit complicated.

Religious Tourism in Bosnia and Herzegovina: Centuries of Coexistence of Different...