In the high mountains river spring and feed with mountain streams, and then etche its way through canyons to the south and north of the country. On their way, they often face obstacles that they easily overcome by making such magnificent waterfalls of breathtaking beauty. Among the most beautiful and highest waterfalls are:

Štrbački buk is 24.5 meters high and is the highest and most spectacular waterfall on the Una River and it is one of the most beautiful waterfalls in Southeast Europe. For decades, these waterfalls attracted the attention of nature lovers, but also fishermen, as well as artists seeking inspiration for their works in the beauty of Una. 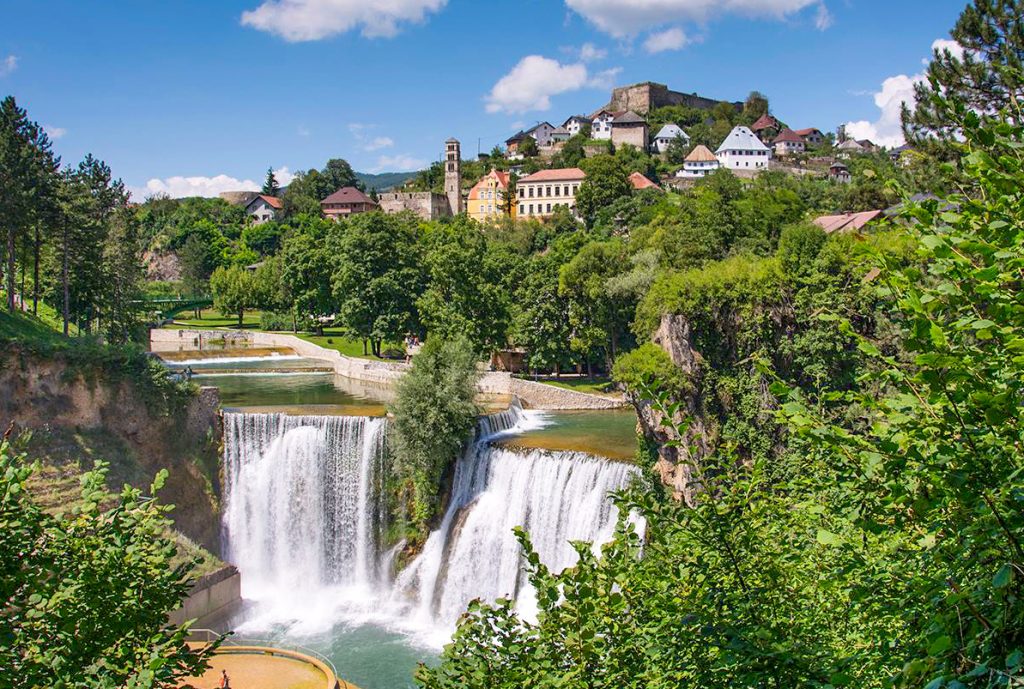 Pliva waterfall is located in Jajce. It is 22 meters high and it is the only waterfall in the world located in the city center. Is among the 12 most beautiful waterfalls in the world. The riverbed of Pliva and waterfall itself have been formed in the porous material – travertine. It is believed that the waterfall was formed 50,000 years ago. 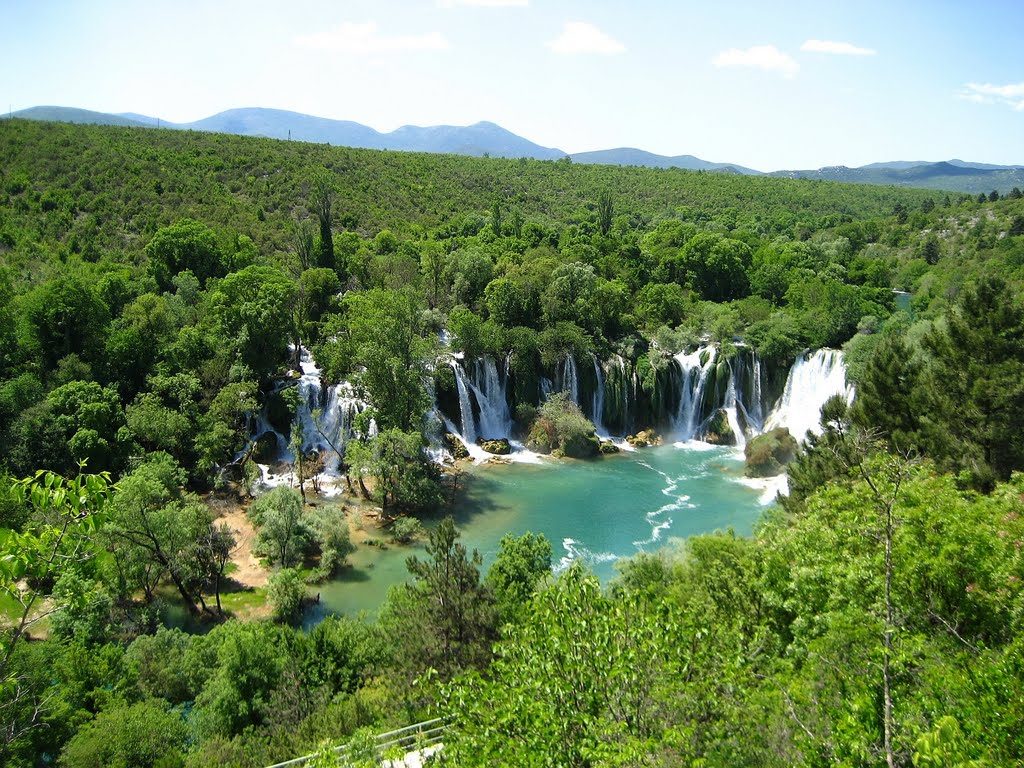 Trebižat River along the stream contains numerous waterfalls, cascades and meanders, and certainly, the best-known and most impressive waterfall of all is Kravice, located in Studenci near Ljubuški. It is 26 meters high, with a beautiful water amphitheater below the falls. Behind the waterfall, there is a travertine lake and greenery that surrounds it (vine grass) and gives the whole area magnificent look of pristine nature. 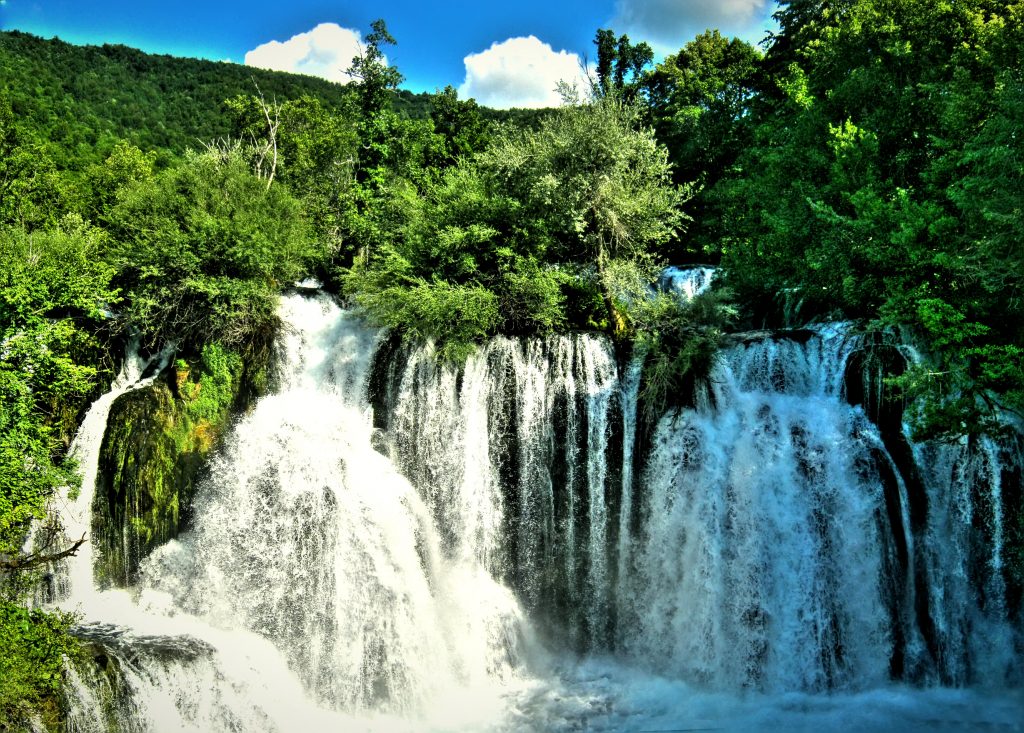 Travertine area in Martin Brod includes a number of waterfalls among which some stand out: Jalački, Srednji and Donji, and Veliki buk, which is the largest and most beautiful part of Martin Brod. This waterfall has a travertine barrier 54 meters high. Tourists come to Martin Brod mostly for leisure, fishing, and gastronomic specialties. 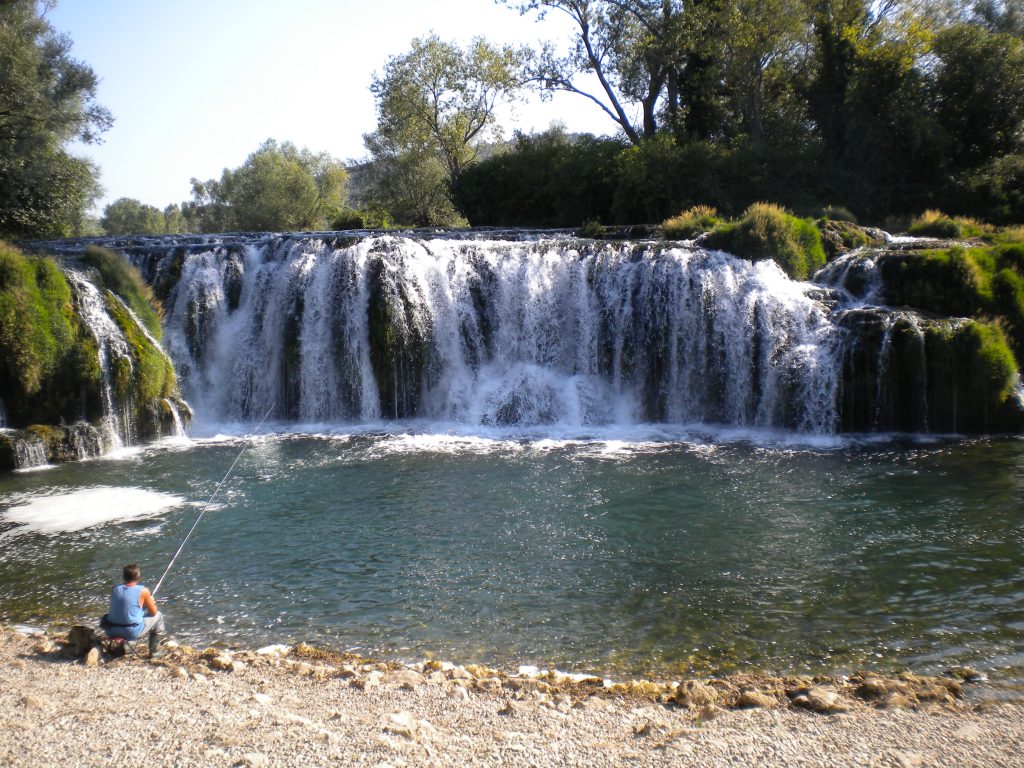 Waterfall Koćuša is located on the river Trebižat, in the village Veljaci near Lubuški, and it is one of the most beautiful pearls of this part of Herzegovina. The beauty of the waterfall and the nearby landscape leaves no one indifferent. The height of the waterfall is five and the length 50 meters, and in the immediate vicinity, there are mills that have graced this place for years. 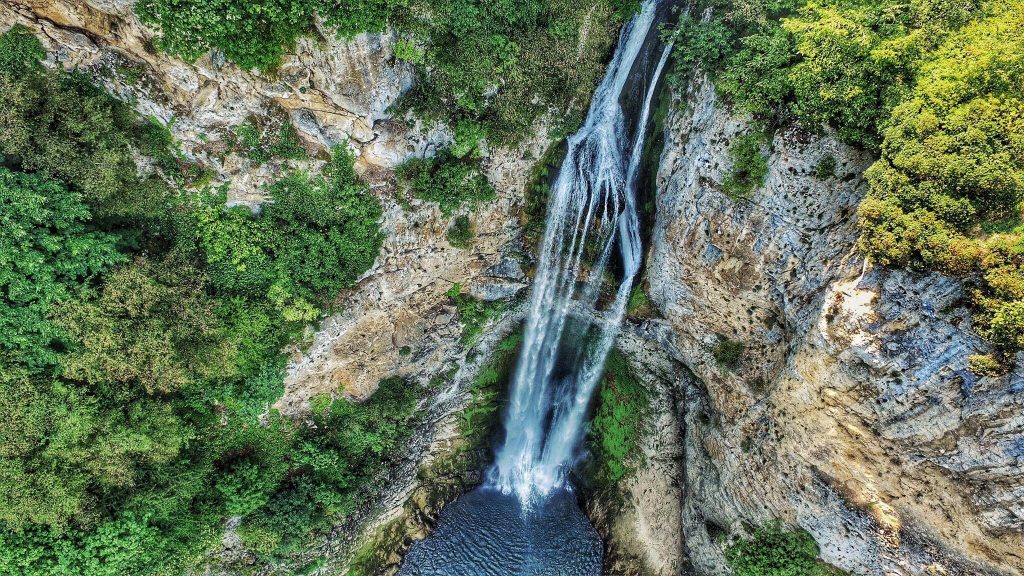 Waterfall Blihe (also known as Blihin Skok) is located 14 kilometers from the center of Sanski Most. The waterfall is located on the river Bliha that flows into Sana. The waterfall is 40 meters high and 10 meters wide. In the time of higher water level, it can be wider. Bliha is rich in fish, especially trout and each March 1, the season of trout opens. 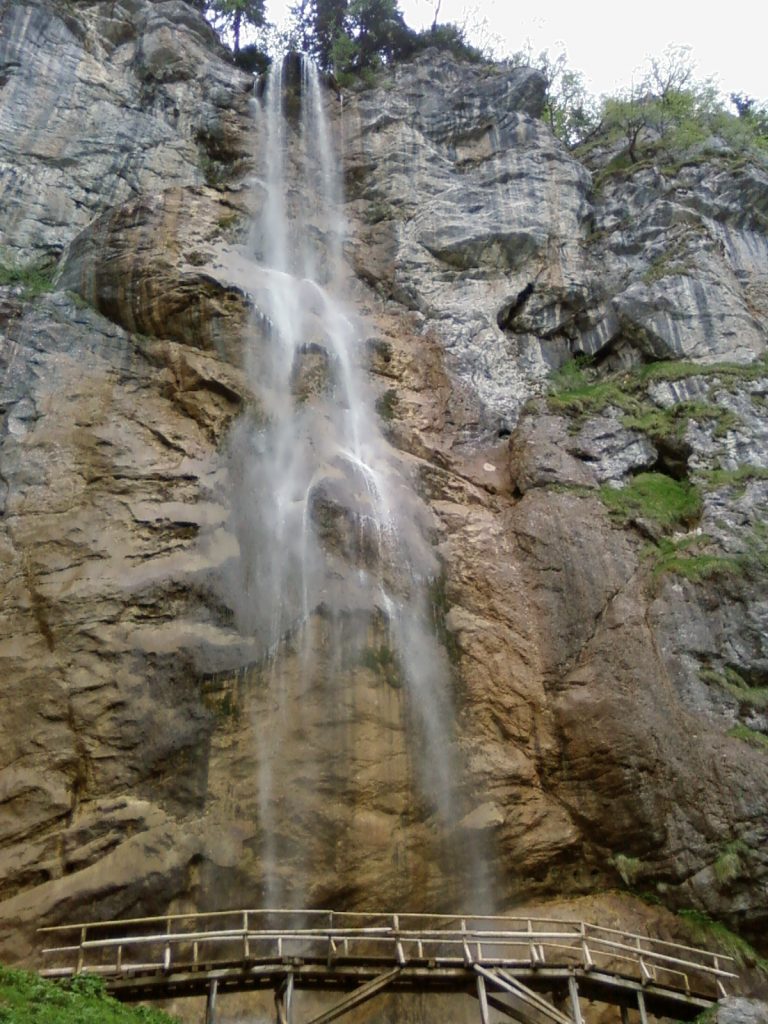 Waterfall Skakavac is located north of Sarajevo, and is some 12 kilometers away from the city center. The waterfall is 98 meters high and is the highest waterfall in Bosnia and Herzegovina, and the fifth highest waterfall in the Balkans. Although it has no large flow of water, it is of a distinctive beauty, especially in winter when its cascade is covered with ice, thus forming fantastic scenes. 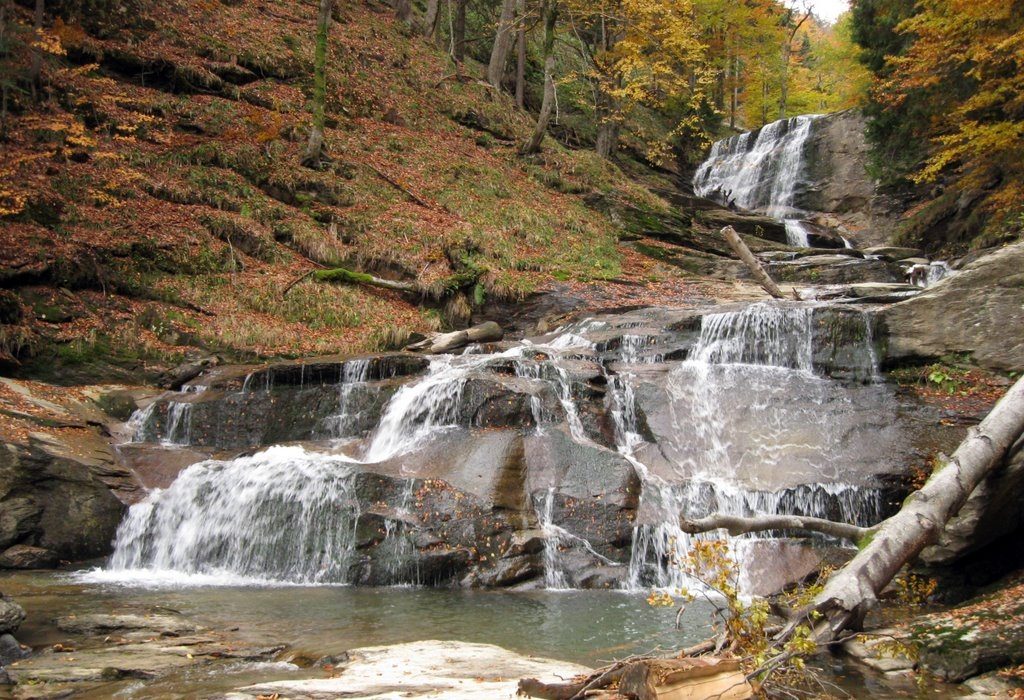 In the vicinity of Fojnica, near the village Dragačići, waterfalls are situated on the river Kozica, and its beauty has long attracted the attention of many nature lovers. Three small waterfalls and one large, about 20 meters high, make a beautiful ambiance, and represent an outstanding motive for photographing. Beautiful scenary and roar of water created due to the height from which it is falling are simply breathtaking. 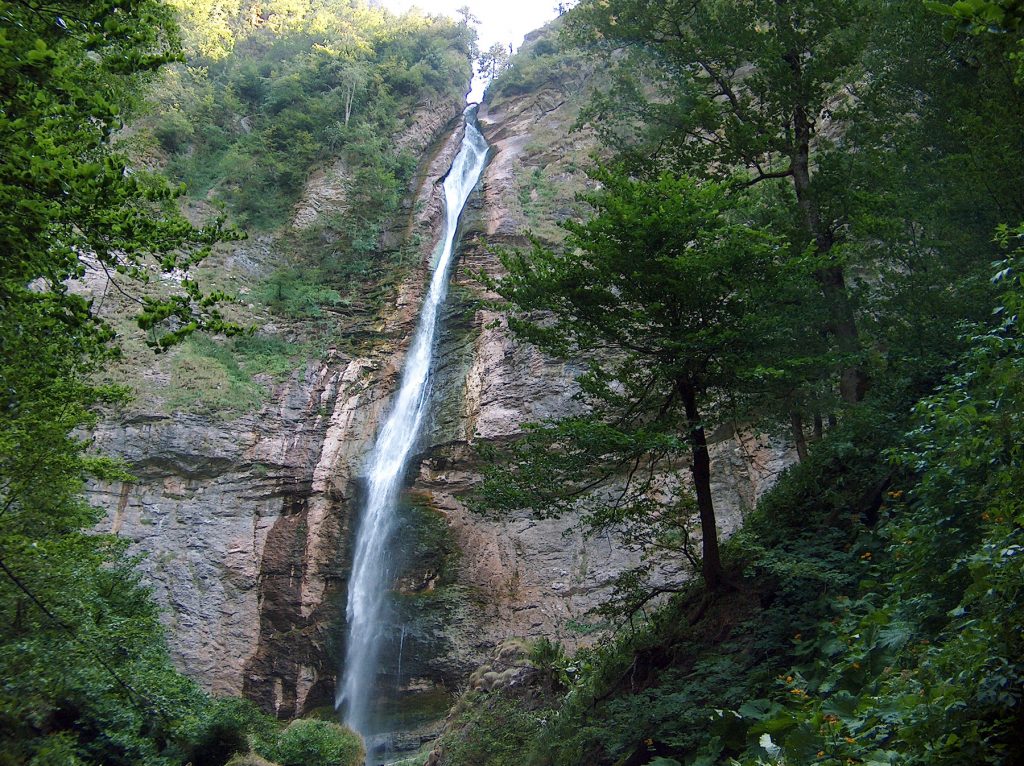 In most preserved primeval forest in Europe Perućica, stream of the same name forms 81 meters high waterfall Skakavac. It is located within the National Park “Sutjeska”. Those who choose to visit the rainforest and waterfall can expected real adventure due to hardly accessible area, through routes with diverse landscapes of dense primeval forest. 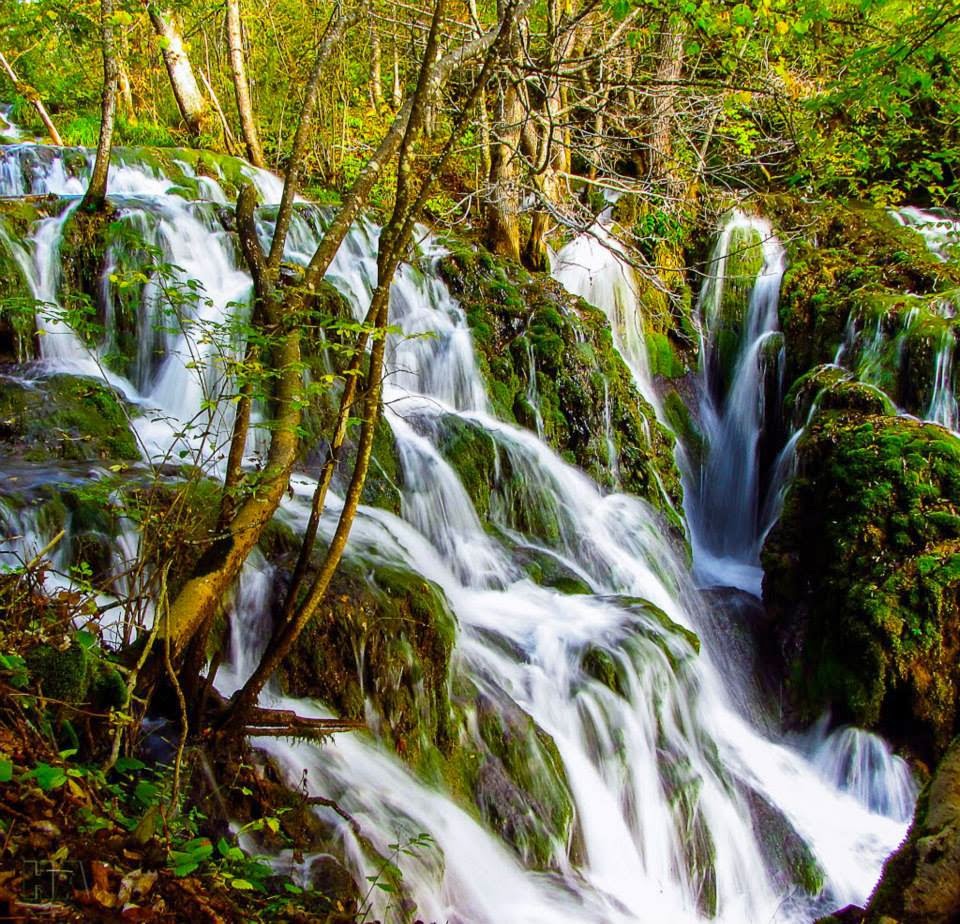 Bereški waterfall is located on the firth of the river Bereg where it flows into the river Rakitnica, near the village Rakitnica, at about eight kilometers from Rogatica. Sparkling, clear and cold water, almost vertically, from a height of about 12 meters descends in the form of water curtains in deep amphitheater, and on the bottom there is a pond about two meters deep. The water in the pond is turquoise green. 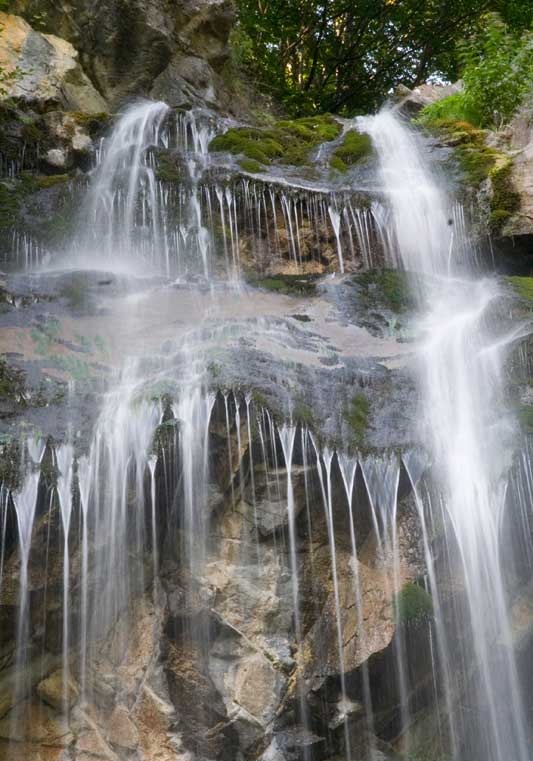 Ždrimačka or Crndolski waterfall is a fall located above the village Ždrimci in Gornji Vakuf-Uskoplje. It is 29 meters high, few kilometers away from the city center. It is located on the creek of Crndol. Although it has no large flow of water, the waterfall is characterized by extraordinary beauty, especially in the spring after the snow melts, and in late autumn when it is particularly sumptuous. 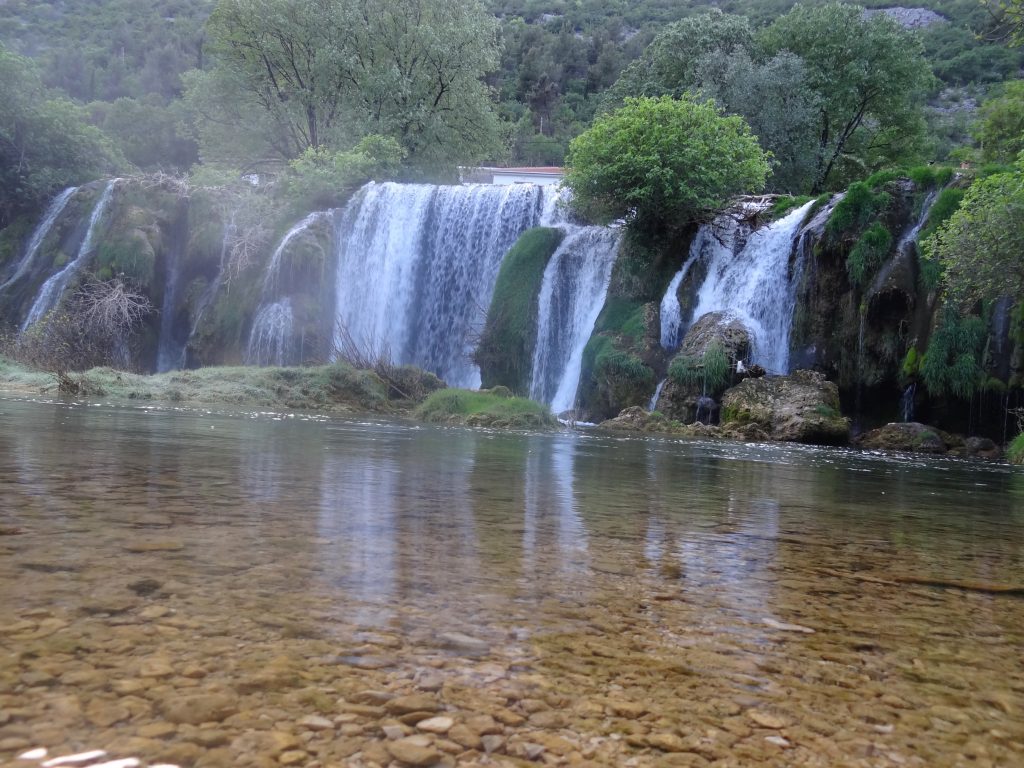 Going through Stolac, river Bregava creates waterfalls, flowing at different levels, making small islands. Coastline provides access to water in many places, giving inhabitants of Stolac a special bond with the river. On those small islands, there are gardens, beaches, residential complexes. Further downstream from the residential place Begovina there is a waterfall.