visitbih.ba
Naslovnica ENG Featured To be a part of this folklore ensemble is prestige: “Seljo” has been...
Podijelite s drugima na Facebooku!
Tweet na Twitteru! 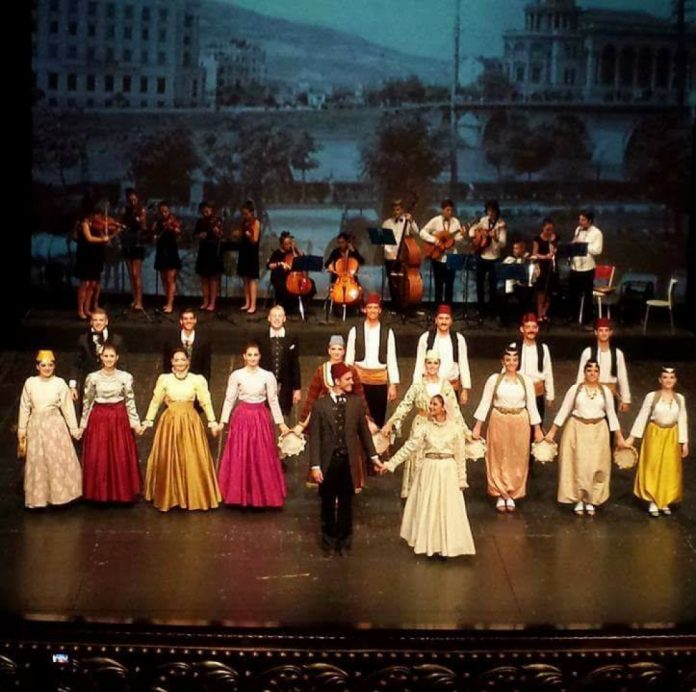 The academic ensemble of traditional dances and songs “Seljo” has been working for over 70 years to preserve the cultural heritage of the people of Bosnia and Herzegovina and the countries of the Western Balkans through folk dances, songs, and traditional costumes. Being a member of “Seljo” is a matter of prestige.

A long and fruitful journey has been standing behind the Academic Cultural Center of the University of Sarajevo (AKCUS) “Seljo” for decades. Members of the folclore ensemble have toured in thirty countries, from Balkan and European, to distant America, China, Azerbaijan … They visited the countries of Scandinavia, as well as Tunisia, Algeria, Libya … and in some of them they toured several times.

In order to include as many young people as possible in the traditional dances and songs, Ensemble, has started the campaign “Come, Enjoy. Learn, Travel” inviting high school and university students to join them to work together to preserve tradition, while socializing and entertaining. One of the most important information is that membership fees are not paid, and that it is only necessary to register and be regular at the rehersals.

– After preparatory tests and training, with regular and dedicated work, you can be sure that during the academic season you can already start traveling with us, throughout Bosnia and Herzegovina or the world, therefore, when joining, you need to have a ready and valid passport – says Kemal Borovac, Assistant Director at AKCUS “Seljo” Sarajevo.

He adds that the work of AKCUS is funded on a project basis and they are renting their premises as well, and the famous club “Sloga” is the scene where the rehearsals are held. Borovac says that among the members are mainly university and high school students, but that everyone is welcome.

– Benefits that our membership provides are numerous. We travel to international festivals, fairs, concerts, and these are experiences that cannot be described. For regular and dedicated work you get more than you expect, and all of this can be confirmed by the current members of our ensemble, who by dancing and singing in “Seljo” found love, have had fun, but also achieved professional goals, and gained knowledge from folklore – says Borovac.

The only thing that is required of members is serious and persistent work. The exercises consist of conditioning training, gymnastic exercises, mastering dance elements and stage culture.

Sarajevo is among the most desirable European New Year’s destinations