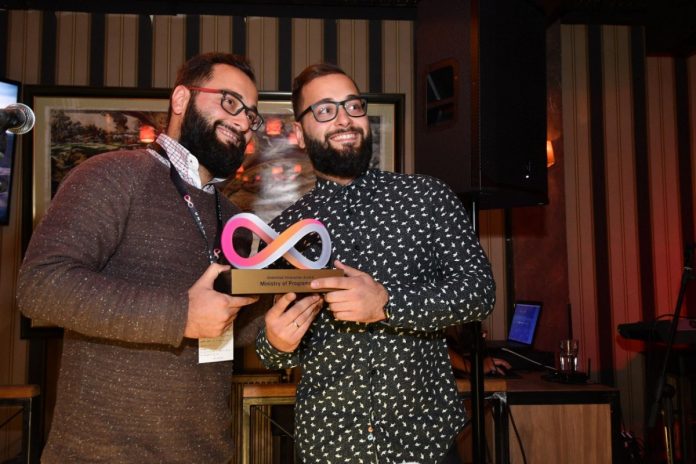 Even though it is three years old, the Sarajevo Company is already setting the world standards in business in Bosnia and Herzegovina. Founded in May 2015, in just three years, the Ministry of Programming has grown into a multi-million dollar exporter, its products in the technological sense change the world for the better, and young people from the region come to Sarajevo to work in it. Everything started with the desire to make a company that will be different from the rest.

– At the very beginning, we wanted a company that is different, and that’s why we chose to deal with production of startups. Our main role is to be technological and logistical support to startups, emerging technology companies – says Rešad Začina for BiznisInfo, who, together with his brother Faris, founded the Ministry of Programming.

It’s an idea that matters

Rešad and Faris’s sister Ajla and Rešad’s wife Amra joined them as well, so the four-member team in the early thirties started their risky journey.

– At that time, establishment of a company for us was a big risk. I worked in Sweden, in one of the most promising local startups. Faris worked in Sarajevo for an American company. We were both interested in this story about the startups, and besides, we also wanted to try to map in our country some of the things that are working in the world and how the world’s companies operate. We wanted to give our people the opportunity to be part of the world’s flows and to work with more advanced technologies – says Rešad for BiznisInfo.

The startup itself, located in the rented space in the Nest71 technology incubator, they have done everything needed to find the first partner. Rešad says that this is exactly the difference between a classic company and a startup: there is no one who gives you the tasks to do, but you just do everything you need and try to get the job done, every idea is being developed and adapted, everyone is equally struggling, and every idea is important.

After they managed to find their first partner, the job was unstoppable. Already after a year, they employed 20 people. After two years, the number was twice as high. Today there are 17, and the Ministry of Programming in only three years has crossed the path from several leased tables in co-working space to its own offices of a total of 600 square meters. They produced 30 startups on that road. All startups are abroad, and the company’s exports are measured in millions.

– We are dealing with very interesting things. The products we work on are mostly from medical and financial technology, because in general, they are the most sought-after technological startups in the world. The process looks like this; we find partners we work with and create a joint company. Thus, in the startups we make Ministry of Programming has a stake and remains the co-owner of the company that is founded. This means that it is not an ordinary outsourcing where someone pays us to develop the business, but about a joint work where at the beginning, together with our partner, we design a product, develop a business plan, and then we work to make the product come to life. At the beginning, we often work for free, actually investing ourselves, because it is in our interest that the company becomes successful. It is a partnership where it is most important that you have reliable and competent partners – explains Rešad.

The business model that Ministry of Programing has chosen is very risky, and this is best illustrated by the fact that only one company in the Balkans deals with the same business, and that is in Slovenia.

In addition to making top-notch products and cooperating with experts around the world, Ministry of Programming seeks to set standards for business and employee relations. This company is one of the largest companies in the IT industry in Bosnia and Herzegovina. Ministry of Programming is the best proof that successful companies can be created in Bosnia and Herzegovina.

– It’s not easy to start something new. It takes a lot of courage, knowledge, work. But as a company, we proved that it was possible to succeed. We did not have anybody’s support, we did not have incentives from the state, none of us belong to any political party, and we managed to make an incredible success in this short time. In the future, we intend to grow even more and make even better products – says Rešad.

The fact that they have already begun opening offices in Sweden confirms this. Next is England.