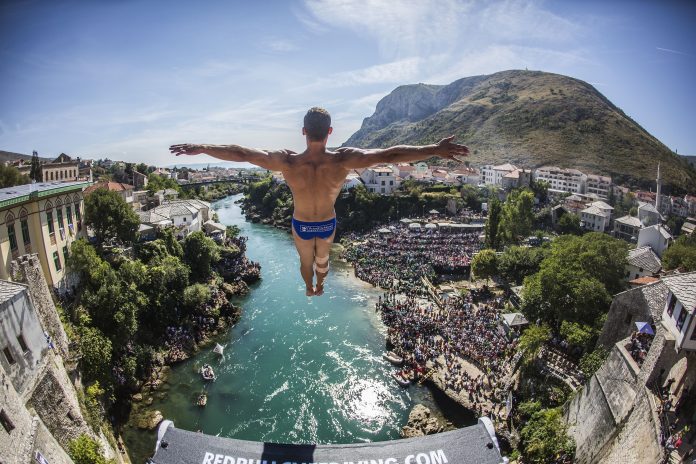 Red Bull Cliff Diving, the 2017 World Cup, has crossed half its way and is approaching slowly our country. For the third time, Mostar hosts this prestigious championship in extreme jumps, and the Old Bridge is a stage for elite world jumpers who are struggling for the title of the best performing stormy jumps into icy Neretva. 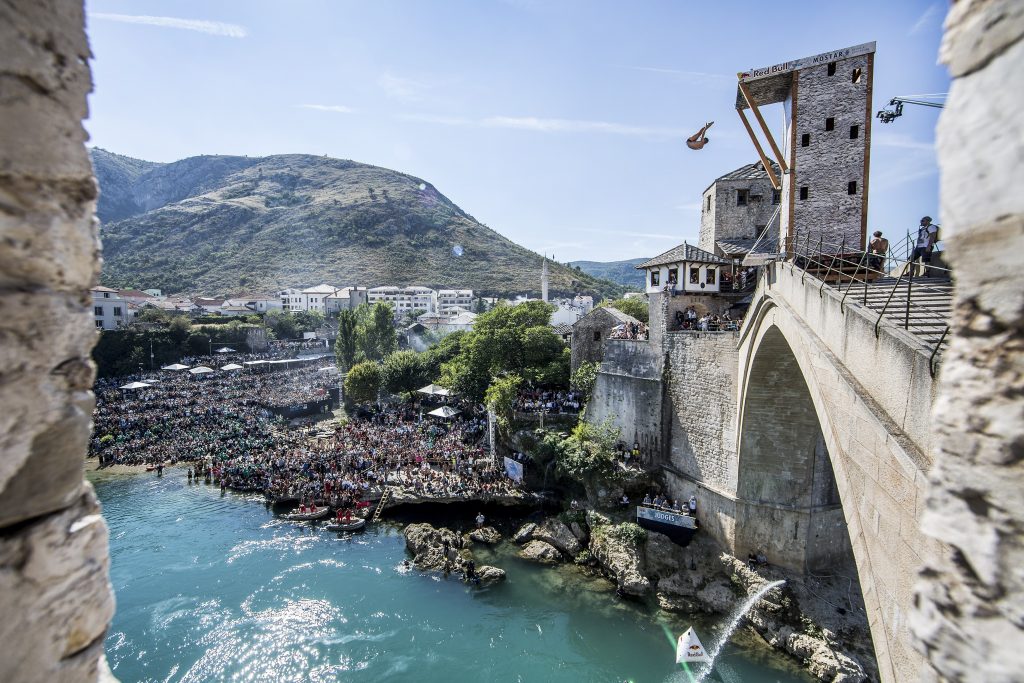 The world’s best jumpers will again demonstrate their incredible acrobatics, on September 15 and 16, which delighted many spectators in the past two years, making both times a real spectacle.

Just like last year, the world’s jumping elite will compete on the Old Bridge in both the competition stages. The height of the platform for men is 27, and for women it is 21 meters. In three seconds, the duration of the jump, they reach speed of up to 85 kilometers per hour, while simultaneously delivering breathtaking acrobatics.

Titles of the Red Bull Cliff Diving winners of the 2016 World Championships, from one of the most beautiful jumping spots, the Old Bridge in Mostar, received Michal Navratil and Canadian Lysanne Richard. 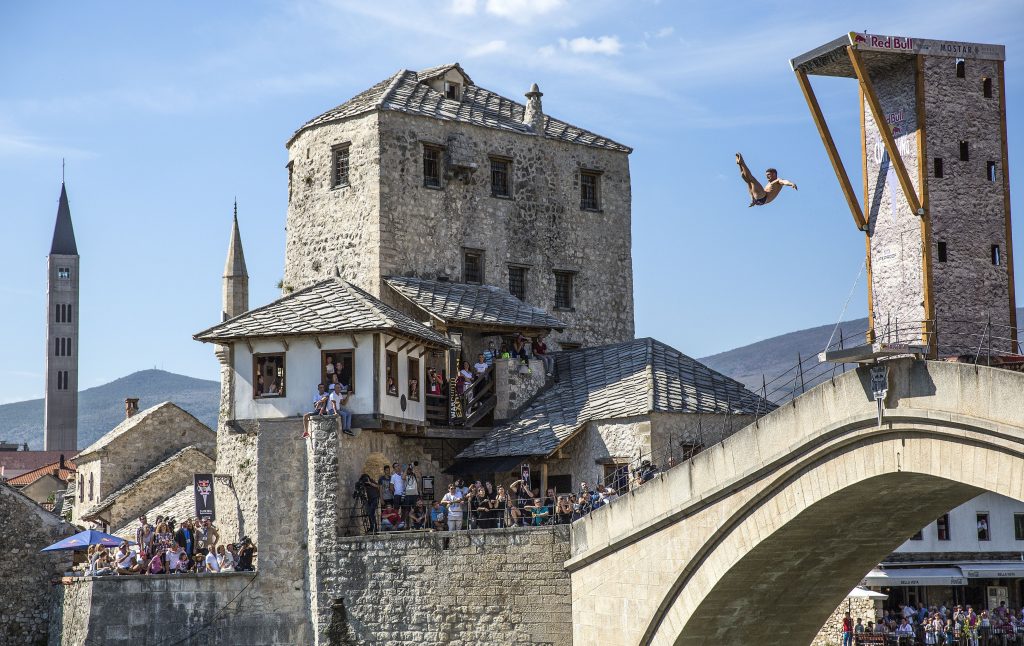 The championship is currently on a summer break, and continues with the competition in Texas on September 3rd. After that, the world cliff diving elite arrives in Mostar, the fifth station of the season and another spectacular competition on the Old Bridge. Competition this year will be like never before.

The fight for the title is in full swing. Orlando Duque is a surprising leader in the ranks of men before the start of the second half of this already exciting season. When talking about men, surely six-time champion Gary Hunt and last year’s vice-captain Jonathan Paredes should be singled out, while among women, sensational Rhiannan Iffland and Lysanne Richard, two first placed in the 2016 season are worth of mentioning.

The end of the season will be played in October at a new location, the Riñinahue waterfall in the south of Chile. It is certain that the river of tourists, both domestic and foreign, will overflow the old part of the city of Mostar on the day of jumps, enjoying all of its charms. A great number of tourists opt for this destination precisely during this time of the year. Everyone is expecting this impatiently.