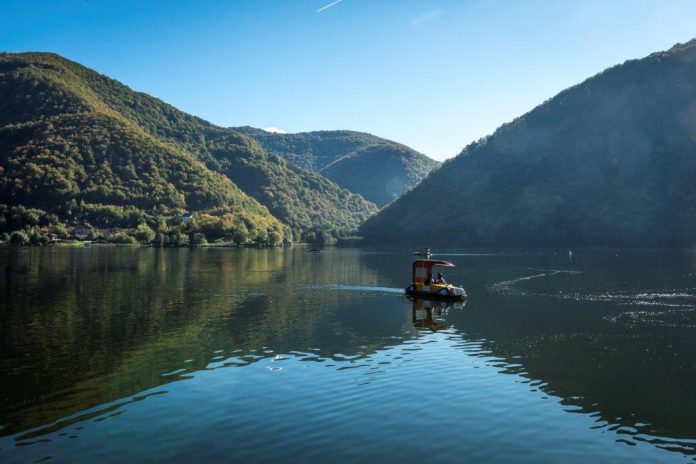 The Royal City of Jajce is located at the spot where Pliva River flows into Vrbas River. The city on the shores of beautiful rivers has always attracted the invaders who inhabited this area from the earliest times. Jajce was the capital of the last Bosnian kings, including Stjepan Tomašević (1461-1463). In this period, medieval Bosnian cities became places of literacy, science and culture.

In addition to the cultural and historical monuments that abound in this city, also called the Opened Museum, Jajce is known for its natural beauties, which surround it. First of all, the Pliva Fall is located in the very center of the city and it is the main tourist attraction.

Five kilometers from Jajce there are Veliko (Big) and Malo (Small) Lake, created by the transformation of the flow of the river Pliva, which is also used as a significant hydro-energy resource. Pliva Lakes are of great importance for development of sports, recreation, sport fishing, tourism and fish farming.

Due to the specific water density, the Veliko Pliva Lake is ideal for kayaking and canoeing, as well as kayaking competitions. On this lake, in 1963, the seventh World and European Championship in Kayaking and Canoeing on still waters took place.

Besides the Pliva Lakes there are auto camps, apartments, hotels, motels, restaurants and excursion sites. Lakes as a natural tourist value along the rivers Pliva and Vrbas have a significant share in the tourist offer. Pliva Lakes are the largest natural lakes in Bosnia and Herzegovina. In addition to these two lakes, in this area there are Lake Đol and Lake Olić which are of great importance for the Municipality of Šipovo.

Pliva Lakes as well as the Pliva Valley itself are the result of complex tectonic movements. The causative agent of the largest natural water accumulation in Bosnia and Herzegovina are tufa or travertine barriers that were formed transversally from the provision of watercourses, on the most narrow parts of the valley.

In addition to the hydrological facility of the Pliva Lakes, the inseparable link in the tourist offer watermills on the travertine barrier that separates Veliko and Malo Lake. By the decision of the Commission for National Monuments of Bosnia and Herzegovina, this area was declared a National Monument entitled “Cultural Landscape – Pliva Lakes with a Complex of Mills on Pliva near Jajce”.

With the water temperature in the summer period of more than 21 degrees Celsius, it is favorable for development of swimming tourism. The average annual temperature of the surface layer of water is 17, and in deeper layers, it is about five degrees Celsius lower, which favors the breeding of the fish fund.

Amira Jusufović: Nothing artificial in my cakes