Ambassador of the Federal Republic of Germany to Bosnia and Herzegovina, Christiane Constanze Hohmann, has been in here for slightly longer than a year. In an interview for the Visit B&H magazine, Ambassador Hohmann talks about her first impressions of our country, tourism potentials, as well as economic relations of the two countries, and possibilities for their further improvement.

You are the Ambassador to Bosnia and Herzegovina for more than a year. Can you tell us your impressions of B&H for the period that you spent here?

Most striking for me was how warm and welcoming people are in BIH; this made it very easy to get used to living here. At second glance one can see that Bosnia and Herzegovina does not make life easy for its citizens: High unemployment, rampant corruption and nepotism have led tens of thousands of people to leave this country in recent years. And a third impression: Bosnia and Herzegovina often doesn’t really deal with the past, but people are living in the past. The recent past and people’s experience have to be respected and taken into consideration, but they must not be a major obstacle in the political, economic and social reform process: The goals of the reform agenda and EU-membership do create new perspectives for future generations.

It is known that you are a great lover of nature. How much do you travel around B&H? What impressed you most, and what are the natural beauties in B&H that remained in your most beautiful memory?

As ambassador I have the privilege to travel a lot and get quite some insights. Bosnia and Herzegovina is a beautiful country, the scenery is often spectacular. I still can’t tell what is most impressive: The rugged mountains, the gentle valleys, the crystal-clear lakes or the meandering rivers – here in BiH everything can be reached within a few hours. Not only nature but also BiH’s traditions, its art and culture caught my attention. Cultural heritage of BIH is rich and multifaceted. Federal Foreign Office contributes to preserving shared cultural heritage in BIH. Among those sites were a Jewish cemetery and the mural paintings in a mosque. The preservation of remains of the imperial palace from the era of the Romans in Skelani is an ongoing project German embassy strives to accomplish.

What do you think about BH tourism potentials? What, in your opinion, is the chance for tourism development in B&H and how much can we learn from Germany when it comes to this issue?

As mentioned BIH has a lot of natural beauties and unique culture to offer. However, a lot depends on moving beyond insular attractions, but to draft a comprehensive strategy to develop tourism in BIH. This would need to reach beyond small municipalities and should make sure that connected facilities are available. For German tourists, easy connections, tourist infrastructure, good standard of hotels, and healthy environment do matter. One major challenge is the pollution of the environment – along the roads, in the rivers and even in National Parks. This does not attract tourists. I hope that something will be done about this quickly.

Traditional Bosnian cuisine is significantly different from German. Can you tell us how much you like Bosnian traditional cuisine and are you used to it?

Well, in my perception it’s both different and familiar: There is lot of dishes of common heritage – especially regarding BIH and south German cuisine – like stuffed bell peppers. I enjoy Bosnian traditional cuisine a lot and it is also very popular among our German visitors. Lately the head of government of Baden-Württemberg and his delegation visited Sarajevo – and for lunch the dish requested most was: Cevapcici! On May 7th my chef will be serving a typical German dish on Central Europe Day Event in Jajce. I would recommend taking a bite and forming an opinion about German cooking and differences and similarities between our cuisines. 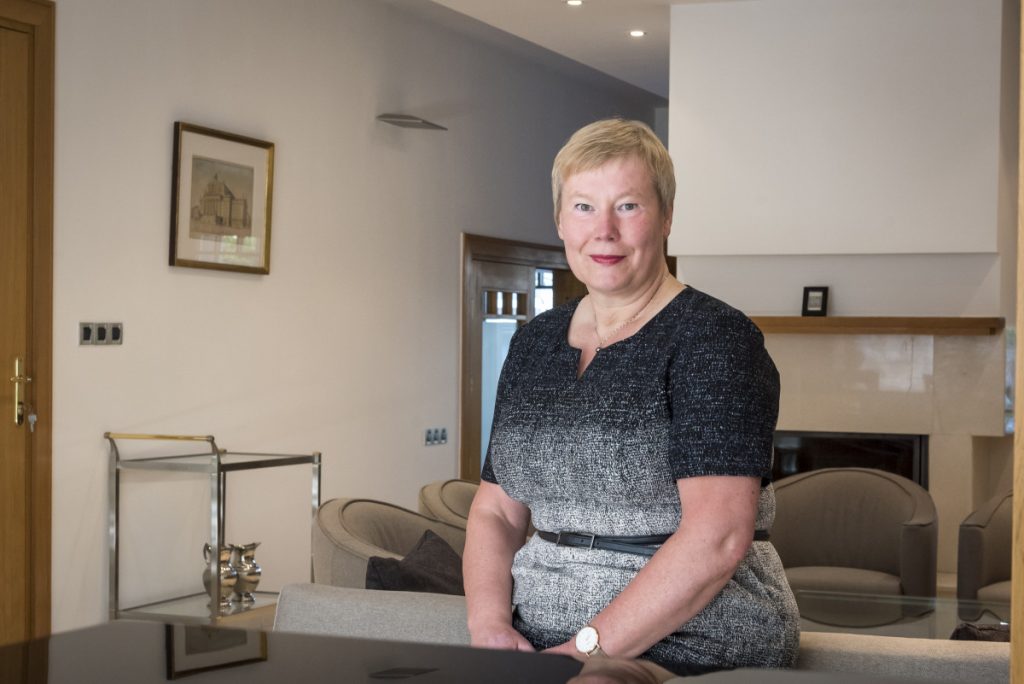 The presence of German companies in B&H is really high. Germany is represented in B&H through a number of sectors of the economy. Can B&H expect new investors and what is their interest in our country?

German companies in BIH are already well established – our Chamber of Commerce is the largest foreign Chamber in BIH. Winning new investors from Germany depends only little on Germany and German companies, but on how BIH presents itself and what kind of investment climate it offers. In the past years, we have been witnessing many economic reforms in BIH that were already crucial. However, many are still to come – cutting labor costs, offering efficient administrative procedures and combatting corruption are just few of them.

Which business branches in B&H are most interesting to German businessmen?

BIH has made a huge leap forward establishing itself in supplying the German market with goods of wood, metal works or agricultural products. There are several other sectors, though, that may want to see more development – you already mentioned tourism, and I would add energy and IT services.

Germany is traditionally one of B&H’s most important foreign trade partners. Do you expect in the future that the volume of foreign trade will increase and in which products from B&H is Germany most interested?

Germany has been BIH’s trade partner number one for quite some time, and we have been even seeing a good increase over the past years. Therefore, last year, we established a standing working group on bilateral trade between BH and Germany which addresses issues which might slow down the increase in bilateral trade. The sectors with the most potential for increase are in my view metal and wood industry as well as the agriculture sector – sectors where we already have a wide network of bilateral contacts..

Do you have any message for citizens of B&H for the end our conversation?

This almost pristine nature in this country is one of the biggest assets for both, the inhabitants and tourism. However, this fragile environment has to be protected: Heavy smog in cities neither contributes to citizens’ health nor attracts tourists. Litter in rivers and along roads also creates a bad impression. I appeal to BIH-citizens to take care of their county – not only environmentally. I do hope that citizens, especially young people, are prepared to stay and willing to determine their country’s future. BIH is a country with a huge potential. Political leaders should put the needs of the citizens of this country first and make more efforts to implement the socio-economic reforms they all agreed on and to deliver results.

Dario Babić, the only gelato master in BiH: You do not...