He ruffles consciousness and disturbs indifference, shapes the mirrors of time and asks us to look at our reflections! The artistic expression of prominent artist Džeko Hodžić reflects on his immediate proximity, but also the perception of the world in general, with all his virtues and defects. No censorship!

He has been on the art scene for several decades, and due to strong artistic expression and talent, it is certain that he will occupy a significant place in the history of art of Bosnia and Herzegovina. All his works are at the border of the media of images and relief, and they provoke questioning within themselves.

– All who follow my work have recognized that I point to destruction, extirpation, everything that a man does to a man. For man is truly a wolf to another man! The artist must be persistent and upright. He must be engaged in his work, point to injustice, he warns! We cannot change all things because power is not in our hands. Power is in the hands of parliaments, senates, powerful individuals, states … But artists must point to it, and that entire intellectual world too – says Hodžić for our magazine.

Work on the “Apocalypse”

He has numerous independent and collective exhibitions, he has proudly defended the colors of the flag of Bosnia and Herzegovina around the world, and he is still very active in his studio at the end of the seventh decade. 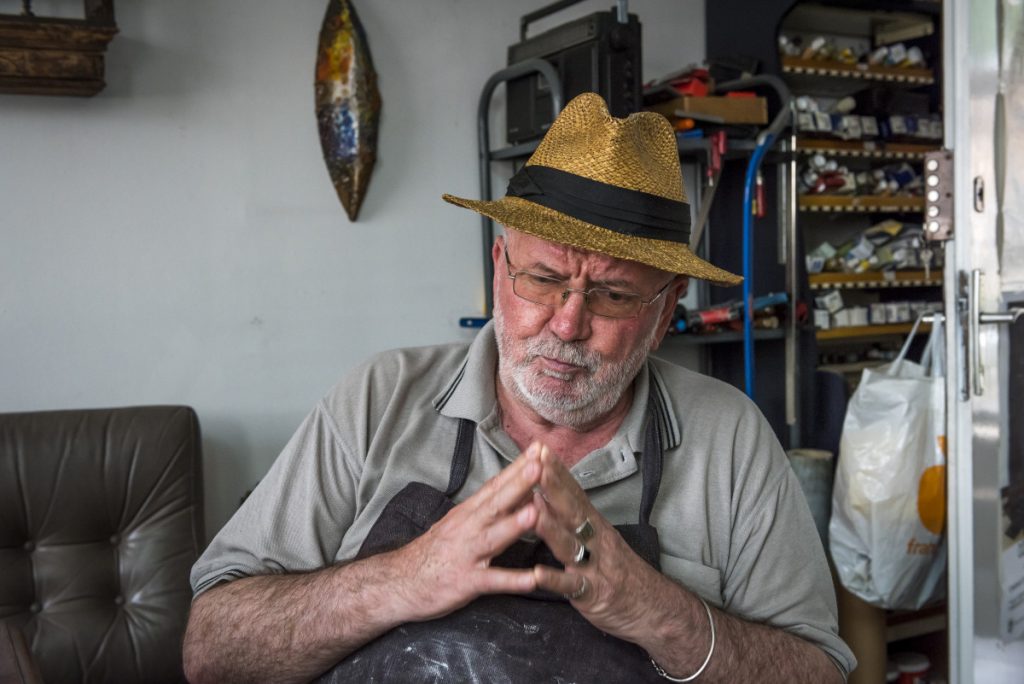 – I’m 68 years old. I do a lot of work and I have this creative condition, my mind serves me well. I always run a marathon, and it would take 300 years for me to paint all the sketches I have on canvas – says Hodžić.

He exclusively reveals that he is currently working on the third part of the “Apocalypse”, and we remind you that the first two parts have already been presented in the Historical Museum of Bosnia and Herzegovina, where “Apocalypse I” found its home, and “Apocalypse II” in the Sarajevo City Hall , whose promotion was accompanied by the book of essays “Apocalypse in the work of Džeko Hodžić”.

– I work my whole life on the Apocalypse, because our life is completely apocalyptic. And this apocalypse is nourished inside of some people, someone shows it, someone writes about it, someone expresses it in music, and I have announced it so far in all my cycles. I’ve been announcing some of the sufferings. The last great ‘apocalypse’ is the total tribulation of the solar system and the Earth. The word of the apocalypse means revelation or suffering, and I proceeded from it. Through war themes, topics of destruction of libraries, destruction of culture, cultural goods, and until that total destruction – he says.

Preparations for “Apocalypse” I and II, which are about 5 x 2.5 meters long, lasted for many years, meaning, he made about 500 smaller format sketches.

– I’ve prepared everything that will get inside. I read volumes and volumes of books that speak of the emergence of the world, of social communities, myths and legends … And that was my point of view on the apocalypse. Animals instead of humans speak those statements. They are presented in a symbolic way, they are those actors who kill and who are being killed, who are bloodthirsty, who dwell in the mountains, rule the water, the earth and in the sky – he emphasizes.

– We have a wolf symbolizing loneliness, a serpent that is the deity of wisdom and cunning, we have an eagle that sees everything from the universe, and we have rats … various wonders that have contributed to all of this. These human minds turned themselves into greed, desire for possession, acquisition of material goods, disrupted their minds to the extent that they do not see anything wrong in their behavior. There are also weapons of mass destruction, because since the creation of the human community, from the formation of societies, to the present, in the human consciousness, there have not been many changes in the human brain, only new weapons have happened, all for destruction. The “Apocalypse” II continues this apocalyptic theme of suffering. It is actually the end of everything – explains the artist.

Letters from the Universe

The third continuation of the Apocalypse will be in gray tones, just as it was thought that the atmosphere looked like before the burst occured, some cosmos we enjoy today and understand as our own. 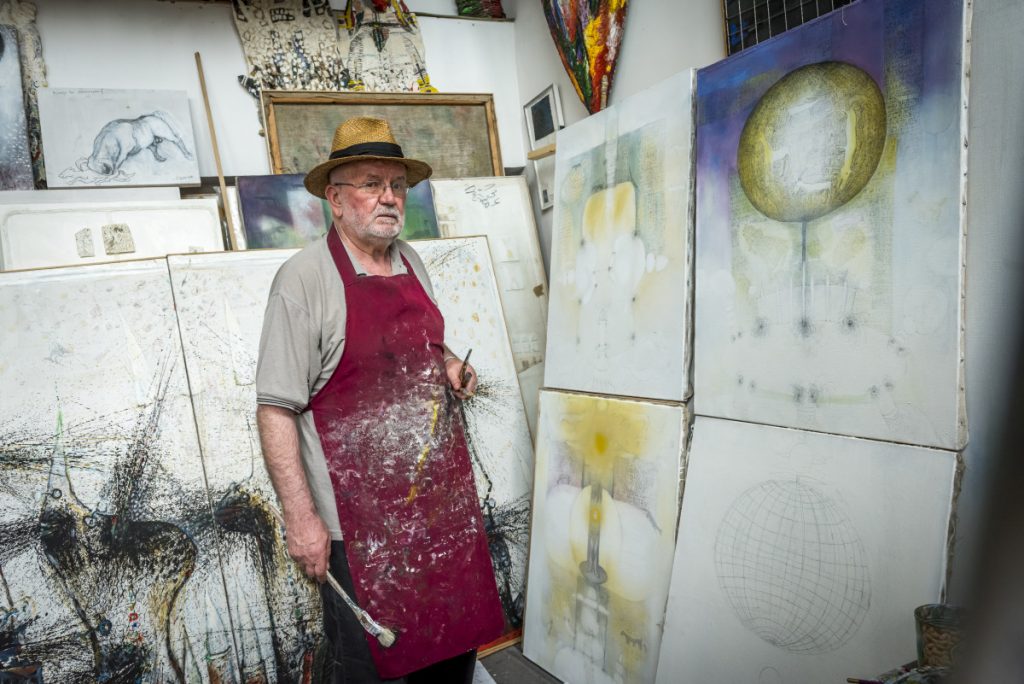 – And we have to understand that Earth does not belong to us, that we belong to the Earth. We are called Earthlings, because the human organism is saturated with 19 elements from which the earth is composed and we return to the earth. The Earth is our lab; it is given to us to enjoy, to serve, to enjoy its fruits, to live in love with others. However, there are some people who want to rule, those are the oligarchies that darken our light, make us do evil. They want to dominate everything that exists – says Hodžić.

Since the 1980s, he has been working on a cycle called “Letters from the Universe”. He made small pictures, calligraphy, a pictographic letter on small pieces of paper, now he is entering into realization on canvases, and he has already made nine!

– I expect a lot from these “Letters from the Universe” because I am arranging them in a completely new way, in the sense that someone has made some of these publications that someone is helping us out of the universe to survive here. Whoever wants to read between the lines will understand that I’m starting from some origins, from something that moves in a cycle of all times – says Džeko.

At the same time, in his own direction, he writes a documentary about himself, because, he says, he invests in himself, and wants to show the world what he accomplished during his artistic life.

– The artists here are making mistakes. You have an affiliated artist who does not invest in himself; there is not even a catalogue. I invest in myself, both in the monograph and in the book on Apocalypse. I have two children, two grandchildren, art is my third child, and it consumes me the most – physically, mentally and materially. My child must be provided with everything that I can provide now. Thus, I have the same opinion about this documentary, and I will have professional help of director from Belgrade in finalizing this – says Hodžić.