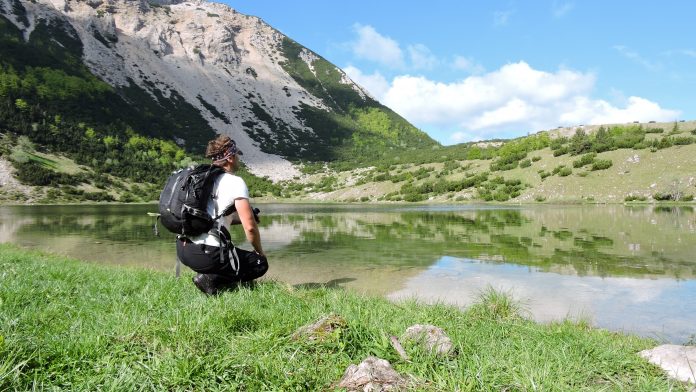 The Association for Support and Development of Sports Tourism Avantur from Sarajevo is very active in the promotion of tourism potential in Bosnia and Herzegovina, and organizer of numerous tours across the country. Since the summer has already begun, the arrival of foreign and domestic tourists to Bosnia and Herzegovina has increased and, thus the association amplified activities in promoting every corner of our beautiful country.

– Our activities are carried out mostly in the summer, but during the winter period as well, because every day has its own beauty and charm, regardless of whether it is rainy, suny, snowy, or windy … – people from Avantur say.

When asked what would be their advice to foreign, but also domestic tourists about what is mandatory to be visited in Bosnia and Herzegovina, in Avantur they say it all depends on the fact from which country tourists are coming and what they want to visit.

– Of course, regardless of what was originally planned, we are here to help them stay ‘a day longer’ and that through our promotion of these locations they desire to see something they did not even know existed in Bosnia and Herzegovina. In addition to the classical tourism, somehow we always cover adventurous, cultural, historical, religious, agro-tourism as well … – emphasizes Muamer Drugovac, director of Avantur.

An inevitable destination in Bosnia and Herzegovina is Sarajevo with all its sights, but Mostar, Bihać, Jajce, Livno, Goraže too …

– There are also National Park “Sutjeska” with the beautiful canyon of Sutjeska, Zelengora mountain, the highest peak in Bosnia and Herzegovina – Maglić, the rainforest Perućica …
Moreover, one can go rafting on the Drina River, visit the oldest mosque in Bosnia and Herzegovina in Ustikolina, sand pyramids near Foča, Šatorsko lake and mountain Šator, Lukomir, Studeni creek, canyon of Rakitnica. Tourists will enjoy Herzegovina, i.e. Mostar, Blagaj, Počitelj, mountains Čvrsnica and Prenj. Visit to Prokoško lake is obligatory, then mountain Vranica, and national park “Una”. However, the main proposal this year and we recommend the eastern Bosnia with all its amenities of classical, religious, health, adventurous, rural, and agro-tourism – says Drugovac.

– We have the example of tourists from Great Britain, when they saw the Canyon of Rakitnica, were so impressed by the sight that their comment was “It takes a while to get it all in.” We work with all our strength to raise the awareness of both domestic and foreign tourists about what they can experience and see with us, and we hope that in the future the interest will be much greater. What makes Bosnia and Herzegovina interesting is the fact that you can cross the country by car, from one part to another, in only a day. Some may say that this is a small country and that there is nothing to see, but believe me, if you are in the ‘right hands’ and sufficiently informed of all the wealth that we possess one month will be insufficient – emphasizes proudly the director of Avantur.

Those tourists who are remotely familiar with our country, says Drugovac, first want to feel the pulse of the city and meet people, culture and tradition. They are very interested in the past war and times of former Yugoslavia. Then they decide to take a tour of hiking or visits interesting rural areas where they want to meet real nomadic life and of course taste local organic traditional food.

According to him, another massive group are so-called “religious” tourists. The fact is that Međugorje is one of the most interesting sites of religious tourism. Then there is the traditional Ajvatovica, visit to Djevojačke pećine (Girls’ caves)…

– We have an increase of tourists from the Middle East or the Arab-speaking world. They stay, on average, between a week and ten days and their favorite sites are in the nature – next to rivers and lakes. They know very little of Bosnia and Herzegovina. They usually buy tourist packages in agencies, while agencies sell those packages as halal destinations – says Drugovac.

He says they also want to introduce BH Diaspora with what our country has to offer and consider them as a special group of tourists who usually know something, some more and others less, about the places where they or their parents come from. However, they know very little of what is and what can be seen in the vicinity.

– We have so many new generations of Bosnians who were born abroad and we want to lure them to see and experience a different Bosnia and Herzegovina through adventure tourism – says Director of Avantur.