Innovative approach, new ideas and a highly skilled and trained crew are the key to the success of the “Novi Semafor” driving school in Sarajevo. The staff of this driving school will be with you and provide you with the necessary assistance at each step required to obtain a license to operate a motor vehicle. Edin Begić, owner and longtime instructor of this driving school, told us that in a short period of time this school positioned itself as one of the leading driving schools and a recognizable brand in Sarajevo.

-Since I have been in this business for a very long time, driving school has emerged as a logical sequence of my work. My wish was to make a different approach to taking a driving exam, and to refresh the market in Bosnia and Herzegovina with new ideas in this business. We are one of the leading driving schools in Sarajevo, by the number of candidates and trained drivers, but also by a complete organization. We leave a mark and most of the candidates come to the recommendation of others who have already passed the driving test – Begić said.

According to him, the Driving School “Novi Semafor” is recognizable both among future candidates, as well as among colleagues, which is a great pleasure for them. 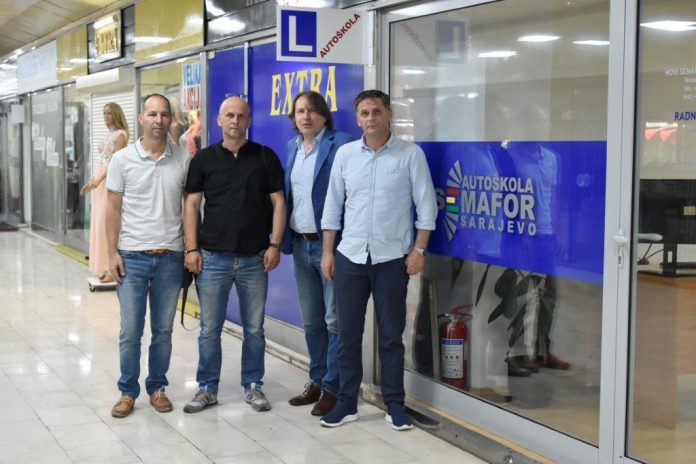 -In this business, individual work and access to the candidate is in the foreground. We try to frame this part in team work. We have a manager who helps colleagues at any moment, we analyze the candidates’ ride together, and involve parents in training – says Begić.

This last part is very important, he emphasizes, because so far there have been no such examples in this activity. There are many driving schools in Sarajevo, according to the latest data, as many as 70, and it is difficult to choose the right one.

– We introduced the practice to invite parents of candidates before the start of the training. We speak about all the nice and bad things that can happen after the candidate passes the exam. We are also an educational institution, because our candidates are usually young people who are just becoming adults. In the course of training for passing a driving test, parents of candidates, through communication with us, at every moment have an insight into the progress. Moreover, before the final test, we organize one test drive, and their parents are present in the car. Often there are comments from parents who say that they have not sent a child to the primary school. We, however, tell them that it is important for them and us how they will manage in traffic when they become drivers. There must be communication and synergy with parents, and this is the strength of this driving school – says Begić.

– People often lack empathy for such persons and they are often much discriminated. Recently we had a problem with such a candidate who needed a medical certificate. In the clinic, they told her that they could not give her a medical certificate and that she could not drive. I explained to them that the deaf and hard-of-hearing people by law have the right to drive. We resolved this problem and today this person is very successful driver – said Kahrimanović.

According to him, such problems often occur, not only when obtaining a medical certificate, but also in other institutions. 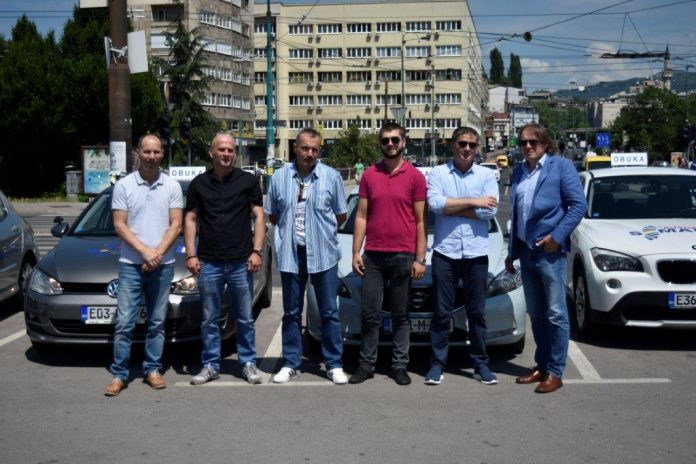 – The deaf people are extremely good drivers, even better because they are responsible during training, but also driving. With such persons, you must have a completely different approach and provide them with the right information. If we do not do it in the right way, there is frustration and there is no success. These are very sensitive people and we need to get close to them in a completely different way, and this role is not at all simple – he emphasizes.

Although the most common candidates are young adults who turn 18, it often happens that they have candidates in the third life period. We asked them what, according to their experience, is the most common reason for taking the driver’s exam for the elderly. They say life circumstances.

– We had a lady who had traveled with her husband all the time, and he was a driver. Unfortunately, after a certain period of time he was seriously ill and was not able to operate the vehicle. That lady wanted to pay back her husband and thank him for everything he did for her, so she decided to pass a driving test and drive instead of him – says Begić.

Driving school “Novi Semafor” tries to make progress and development in this business on a daily basis, so they were also initiators of certain ideas.

– With our colleagues from Banja Luka, Mostar and other cities, we have launched the Association of Driving Schools of Bosnia and Herzegovina through which we are trying to solve numerous problems. We initiated and implemented the idea because this is a very responsible business and, unfortunately, it is only measurable when it comes to results – said Begić.

Creating conditions for tourism excellence in Bosnia and Herzegovina