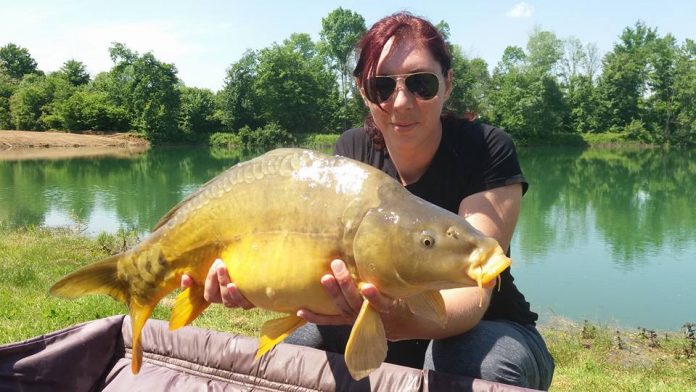 Women have long ago entered almost all sports which were traditionally dominant by men, so today they can be seen in the ring, with boxing gloves, bodybuilding, football… One of the sports where women are underrepresented is fishing. However, one of the few women who are fishing is Anđela Pepić. She says that before moving from Sarajevo to Bosanska Gradiška she did not know much about this sport, and especially not about carp fishing. 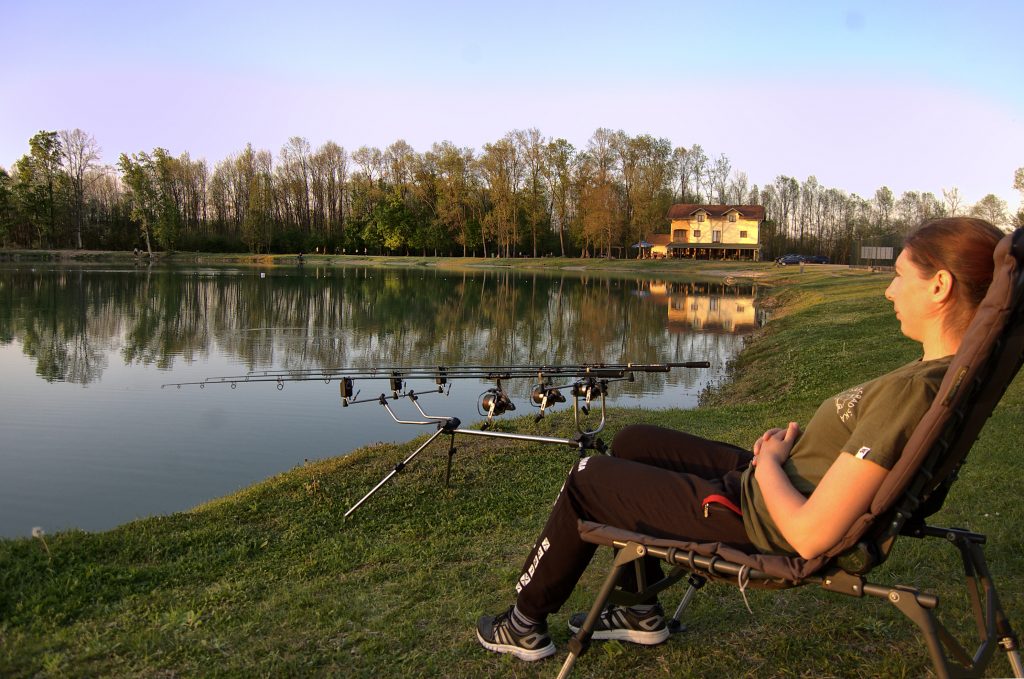 – My relationship with fishing began thanks to my then-boyfriend and current husband, Miroslav. He is an avid fisherman, carp angler, and he often goes fishing. I wanted to spend more time with him, so I went on a fishing trip that usually means more days spent by the water, in a tent. I began to emerge a desire to try to cross brains with ‘water fox’, or a carp. The adrenaline is amazing from the moment when an indicator beeps to the moment when you take fish out – says Anđela.

She says fishing is recreational, when she manages to spare some free time. She participated twice in competitive fishing, at a local lake Laminci near Bosanska Gradiška. Anđela says that the male colleagues accepted her perfectly, and they support her wholeheartedly. 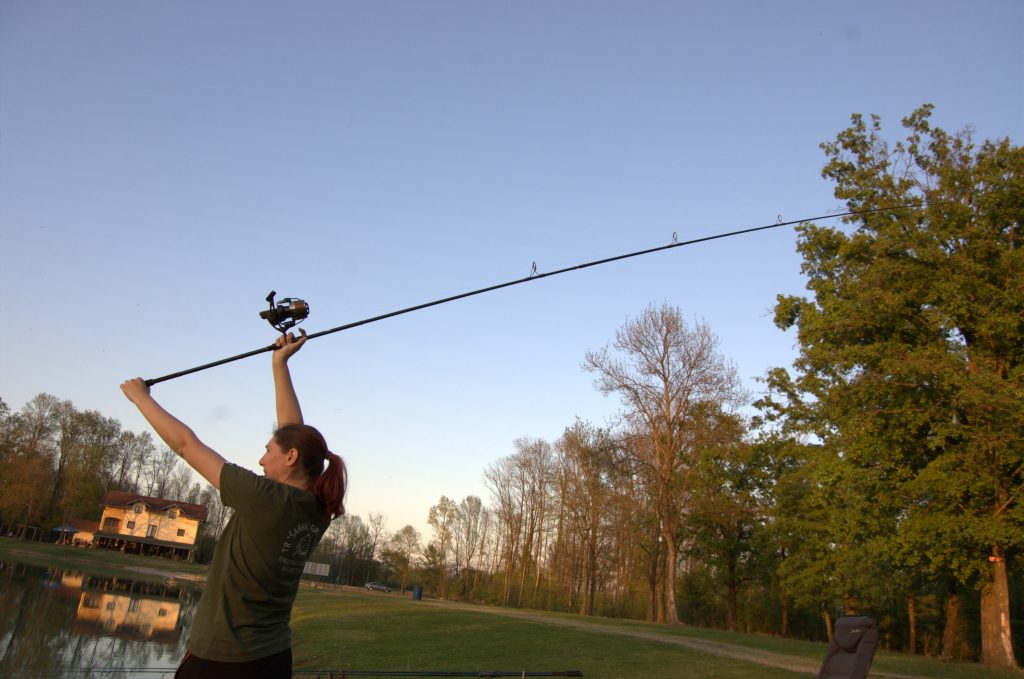 – They generally tease Miroslav that I will overtake when it comes to his personal record in the weight of the catch and the casting distance. Carp is a species which you need to fish at great distances from the shore because it is timid and runs away from people and noise from the shore.

Therefore, a discipline ‘long-casting’ or competition in the long casting distance (150-160 meters) was established. For most fishermen, the distance of 150 meters is hardly attainable. You can imagine then what would happen if a woman would achieve this – says Anđela.

She says she is not bound to a local lake and the area of ​​Bosanska Gradiška, and that she visited most of the lakes in Bosnia and Herzegovina. Lake Pelagićevo is, in her opinion, the most beautiful lake and the richest one in fish. There are also lakes Smoluća around Lukavac, Žabar in Donji Žabar. 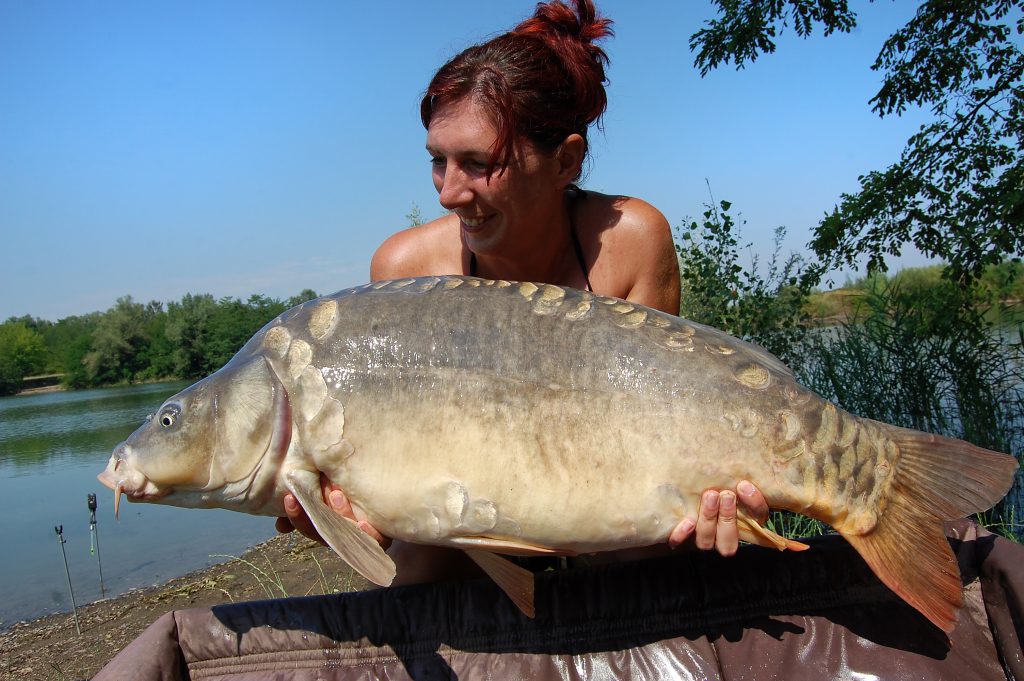 – Most often I go to the commercial lakes in Bosnia and Herzegovina, but mostly on the lake Laminci which is closest to me and has good fish stocks which is renewed every year and carefully preserved. In addition, one of my favorite lakes is Pelagićevo, but because of business and other commitments, unfortunately I do not have the opportunity to frequently visit it. One of the lakes that’s interesting to me, and that I would definitely want to visit is Ramsko lake which is also a potential for the development of carp fishing, and therefore the local environment through the promotion of this kind of tourism, since the carp fishing is currently the world’s most powerful branches of tourism – she says.

Perhaps unusual, but certainly is a fact that foreigners, carp anglers appreciate BH waters and their fish stocks very much and are frequent guests here, all the way from Lithuania in the East, to France in the West, and Greece in the South.

– As for Bosanska Gradiška and surroundings, Laminci Lake has great potential for development of modern carp fishing and significant visit of foreign fishermen-tourists. On the lake, you have available restaurants with good food, and rooms for lodging if you come with family or business partners. The fact that a great number of foreign and local fishermen visit some place means that a certain amount of money, which will help develop the local economy, will „flow in“. Although there are plenty of carp angler from our country, the region and Europe who come to our lakes and rivers, the potential for this type of fishing in Bosnia and Herzegovina are not yet fully exploited. Of course, at the same time it must be ensured that arrival of many fishermen does not threaten fish stock and to really keep an eye on the rule ‘catch and release’ in order to make sure that each fish that was caught is returned to the water unharmed, so it has the opportunity to continue to grow and live – says Anđela.

Her personal record is a 16 kilos carp caught in August 2015 on the Pelagićevo Lake, and the next challenge is every carp over this weight. 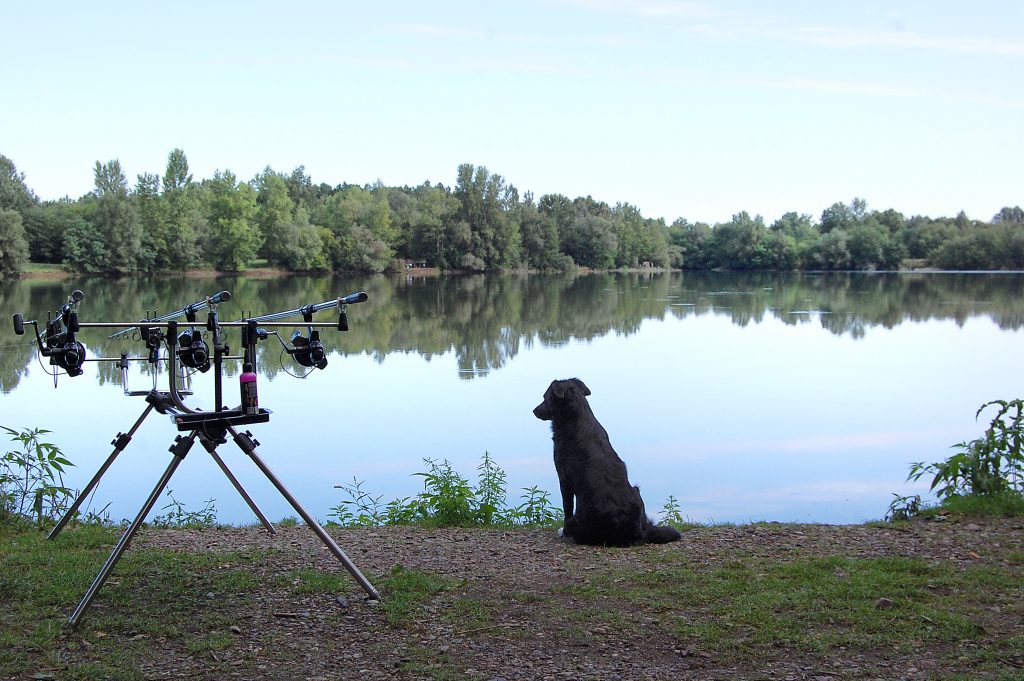 Love for fishing Anđela turned into a job, so she and her husband Miroslav opened a store of fishing equipment. Anđela’s education was of great help, given the fact that she is an economist, but Miroslav’s long experience in trade was a great asset too. In March 2016, they opened a shop “Šaran” (english: carp) in Bosanska Gradiška. They realized, through personal experience when purchasing their own fishing equipment, that there is a shortage of supply in this area, especially when it comes to quality equipment for carp, but also other types of fishing.

– Due to the fact that ‘Šaran’ exists only one year, we are satisfied with the development and expansion of the offer that we have managed to create so far, as well as the relationship that we have with all the fishermen in our country, as well as in Croatia. We manage the store together and support each other in everything – says Miroslav.