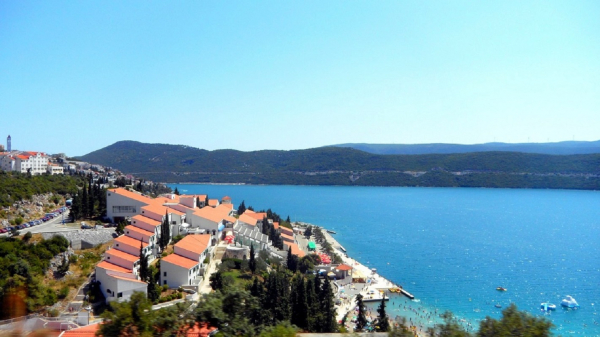 Summer season in the only BH city on the seashore, Neum, began on July 1. Herzegovina-Neretva Canton Tourist Board expects that this season will be more successful than the last one, but also even more successful than any previous year. Such expectations are based on an excellent pre-season, which is more than successful.

Director of Herzegovina-Neretva Canton Tourist Board Andrija Krešić says that Neum hoteliers are extremely satisfied in the pre-season and that the real boom is expected from 1st of July.

– In the pre-season, we recorded a large influx of tourists from Asian countries who, when the season starts, do not come in large numbers. On the other hand, the majority of guests will certainly be from our country, and there are also Italians who are our traditional guests, then the Germans and Slovenians. Numerous contracts with travel agencies have already been concluded and we hope that the weather will serve us well – says Krešić.
During this year, the Tourist Board participated in several major European fairs where the Neum tourism potentials were presented, so guests from many European countries can rightfully be expected.

– According to what we have seen at fairs, we can rightly expect a greater attendance of Czechs, Slovaks, but also Polish people who first go to visit Međugorje – emphasizes Krešić.
According to him, all caterers in Neum are ready for the new season, this BH city has more than 15,000 beds, and the capacities can be increased if needed.
Hope for the greater influx of tourists, who choose the Adriatic Sea for summer holidays, is also based on the price increase of services in Croatia. In the neighboring country, there was an increase in VAT, which forced caterers to increase their prices by about 20 percent, so now prices of food and drinks in Croatia are almost at the same level as in the European Union that is, Germany, the United Kingdom, Portugal, Spain, and Slovenia.

On the other hand, the prices of services and accommodation in Neum did not change, and remained at the level of last year. If you want to drink coffee, it will cost you between 1.5 and 2.5 BAM, and juices from 2 to 3 BAM. Food prices are also acceptable. Pizza is, depending on size, from 6 to 15 BAM, and kebabs about 6 BAM. Parking prices are from 1.5 to 2 BAM per hour, rental of sun loungers or parasols 5 BAM per day.

Sleeping in Neum will cost from 10 to 150 BAM, depending on the distance from the sea. Double apartment in Neum, with balcony and sea view, costs about 100 BAM per night, while in hotels, which are largely reserved, is somewhat more expensive.

If you decide to rent a little farther accommodation above the main road, the price is significantly lower, and it depends whether those apartments include the use of the kitchen, air conditioning, TV, their own parking, a garage … All this affects the price, thus if those are from the sea cost from 10 to 30 BAM per bed.

You can reach Neum via Croatia; however, due to huge crowds during the summer months, crossing the border can take several hours. On the other hand, you can reach Neum via Svitava. The fact is that this road is narrow and winding and it does not guarantee a very comfortable ride, but you will avoid the mileage columns and long hours of waiting on the border. It’s up to you to choose.

Medieval fortresses in Bosnia and Herzegovina: Witnesses of strength and power of...

Clinic of Veterinary Faculty, University of Sarajevo: A team that takes...