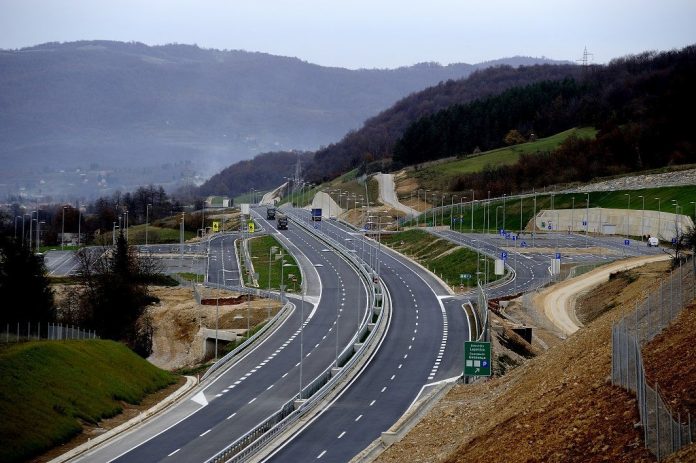 The status of a fast-growing tourist destination has also increased investors’ interests in building tourism capacities in Bosnia and Herzegovina. This is most evident from the example of Sarajevo, where we are witnessing the opening of brand new catering and accommodation facilities with high standards, which contribute to the enrichment of the overall tourist offer, but also indicates the construction of future hotel capacities in very attractive locations. All this has a positive impact on growth and development, because the effects of this are dispersed on all sectors of industry that have contact with tourism and generally affect the increase of all macroeconomic parameters.

However, there is an objective query as to how much the existing transport infrastructure in Bosnia and Herzegovina is slowing or even impeding development of tourism. In trying to answer such a formulated question, one must start from the fact that today people are facing increased demands in their workplaces, but also in everyday life, which has been reflected in the increasing need for rest and recreation.

This implies that traveling to places with tourist, recreational and sports facilities should be fast, comfortable and safe, requiring adequate transport infrastructure and resources. If we refer generally to the beginnings of tourism development, then it should be emphasized that the first tourist trips could only be realized if they were favored with natural conveniences. Meaning that over time, traffic would become one of the key factors of tourist enrichment of the world and expanding the possibilities of getting to know different tourist places and countries.

Transport infrastructure is incorporated in all sectors of the economy, so its diversification and improvement of quality are one of the crucial elements of development of the overall economy. Well organized transport infrastructure is relevant to tourist destinations from the point of view of strengthening and maintaining their tourist attractiveness in terms of accessibility of tourist destinations, mobility of tourists during their stay, as well as quality supply based on modern logistical principles. Raising the level of this infrastructure is considered an integral part of tourism development policy, as it enables, among other things, the identification of potential tourism resources, which have favorable natural advantages for tourism development.

Investments in development of transport infrastructure were neither close enough nor commensurate with investments in production capacities, which led to evident differences in degree of tourism development in comparison with other economic areas and branches in Bosnia and Herzegovina. When trying to identify the real reasons for this, then it can be seen as a result of a lack of understanding and lack of an adequate long-term strategy and spatial plans. The best argument for this claim is that there are about 200 km of high ways in Bosnia and Herzegovina, 1,300 km in Croatia, 900 km in Serbia, 2,000 in Austria, and about 13,000 in Germany.

Finally, it should be noted that the World Tourism Portals designate Bosnia and Herzegovina as one of the less visited European countries, suggesting that it is a true treasury of architectural and natural beauty. True, it is not very comfortable to ride the existing roads, but it pays off because there is much to see and we can be proud of our hospitality.

The assumption is that the situation in this sphere could be significantly improved, but in the current political framework, our reality could first and foremost be recognized in the Chinese proverb: “I dreamed of a thousand new paths. I woke and I walked my old one.”

Sunny October was an inspiration to many: Magical autumn scenes on Vranica Mountain

Nicola Minasi, the new Italian ambassador to Bosnia and Herzegovina: B&H is...